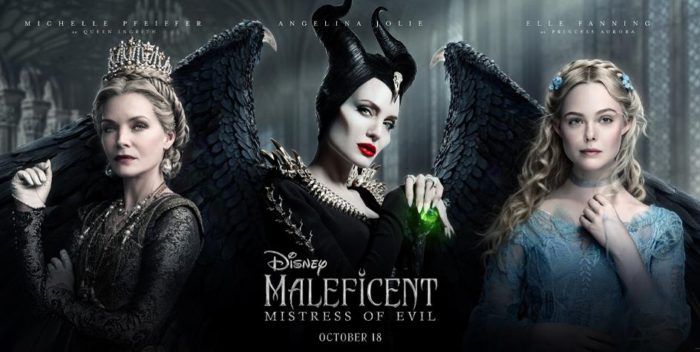 Friday box office: Angelina Jolie’s “Maleficent 2” or “Mistress of Evil” scared up $12.5 million Friday including the $2.5 mil from Thursday. It’s not a record breaker but people went, and more will flood into today and tomorrow at matinees. Critics hated it, but “M2” is candy corn, it’s not a movie (see Scorsese comments). Angelina has 6 kids and bills to pay, so let’s be kind. She’s got her Oscar, and she’s an ambassador to everything.

Will Smith’s “Gemini Man” is dead again. Someone thought  that this weekend’s total would be $10.5 million, which the very reliable boxofficemojo.com put into their projections. Well, last night Gemini Man took in just $2.3 million, so I don’t know how that’s going to work out unless a sudden mob scene occurs in theaters. “Gemini Man” will be lucky to stir up $7 million, and even then I can’t imagine why–the word of mouth is worse than the reviews.

“Zombieland: Double Tap” actually made a very healthy $10.5 million last night including Thursday previews. The sequel to “Adventures in Zombieland” did a lot better than you might imagine, but zombies are always popular. (Look at the red states for more on that.) So we’ve got a modest hit, and a good airplane movie, or rental when the time comes. I’m psyched. Don’t denigrate this sort of film. It’s what keeps us going!