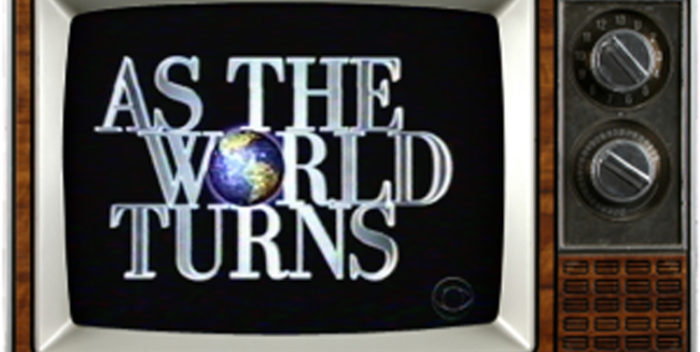 Hogan Sheffer, who won five Emmy awards for writing soap operas, has died at age 61. He won four of the Emmys writing the late, lamented CBS soap “As the World Turns.” He was once profiled at length by Larissa MacFarquhar in The New Yorker, in April 2002.

MacFarquhar wrote: “Sheffer worked as a billing clerk in a leather-goods sweatshop in the garment district, then in a bank in the Bronx, and finally he got a job as a script analyst in a production company. Meanwhile, he met people in theatre, and he helped found the acting troupe Naked Angels… He moved to L.A. for a time… Sheffer hated L.A., but he got another job reading scripts and wrote his own stuff on the side. He wrote an action-adventure script called “Fool’s Gold,” he wrote a kind of James Bond movie set during the American Revolution called “The Black Rose,” and he wrote “The Passion of Paul,” a drama about a young girl who could heal people and a reporter who thought she was a fraud. He sold several scripts and a TV pilot, but none were made, and finally he got tired of earning a hundred and fifty thousand dollars one year and eleven thousand the next…”

His survivors include actor Craig Sheffer, who was a regular on “One Tree Hill” and has a long resume of TV work.

Hogan Sheffer’s friend, Tom Casiello, wrote a long post on Facebook, which I will link to here. He writes: “within a year, this gigantic wonderful hot mess of a human took a 50-something year old show, and led it to an unprecedented Emmy sweep, including Directing, writing (my first two!), multiple acting awards and best show. I was twenty five years old and i had just accomplished all my lifelong dreams. ***Because of this one man.*** This guy who knew nothing about soaps had rejuvenated them. How? It’s so simple and yet NOBODY does it. He surrounded himself with female writers, most of whom had been head writers at some point, and said “I can write story for years. But it’s not soap opera. I have no ego. Take my shit, and make it soap opera for women. I won’t be offended. I need you.”

No cause of death was given, but Sheffer was a very large man who never looked healthy. God bless. I hope the plots in heaven are less convoluted.