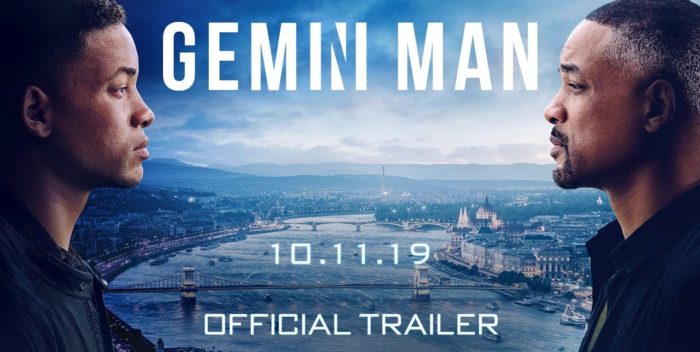 Will Smith’s “Gemini Man” is striking out with reviewers this morning. As early word comes in, the Ang Lee – directed action feature is being panned pretty much across the board. Already Variety, the Hollywood Reporter, and Screen Daily have posted very negative comments. The budget is firmly in the $100 million arena.

This isn’t good news for Paramount, which has been struggling to find hits. Luckily, they did well with “Rocketman” this summer.

I just don’t get what happened to Ang Lee. His career has included great highs and lows. “The Ice Storm,” “Sense and Sensibility,” “Crouching Dragon, Hidden Tiger,” “Brokeback Mountain,” “Life of Pi”– all glorious hits. But then the unwatchable “Billy Lynn’s Long Halftime Walk,” “Ride with the Devil,” “Hulk,” “Taking Woodstock.” What explains all this?

“Gemini Man” is also coming at the wrong moment in the culture. Will Smith plays an action hero fighting a clone of himself, filmed like he’s in a video game. He’s constantly shooting a machine gun. There’s a lot of “killing,” And even though it’s make believe, I don’t think anyone’s in the mood right now. Sylvester Stallone’s new “Rambo” is already seeing a big fall off after its first week. There are people upset about the upcoming “Joker.” And this looks worse than those two.

Also, “Gemini Man” is filmed in motion-capture technology. Even the trailer is making me sea-sick.