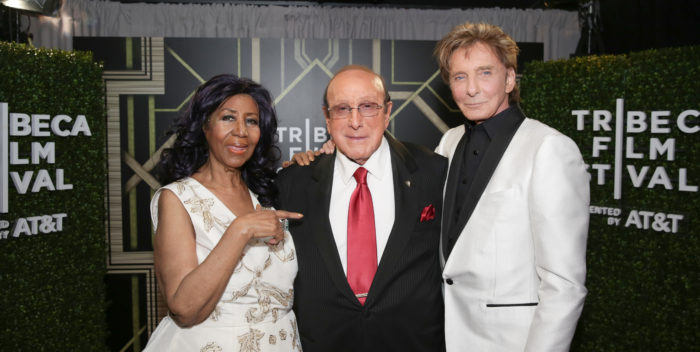 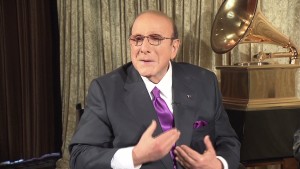 Clive Davis is on the phone, and he’s got a lot to tell us: he just presented songwriting awards to Diane Warren and Boi Wonder in Los Angeles at the annual City of Hope charity fundraiser. He doesn’t stop. He’s here, he’s there, he’s on the move, ears open, projects abounding.

Today we’re talking about Chris Perkel’s award winning documentary about this towering presence in the record business and in popular culture is finally on Netflix. The film, “The Soundtrack of Our Lives,” chronicles Clive’s historic career, and he had nothing to do with making it. Perkel made it for Ridley Scott’s company. The finished film– covering everyone from  Janis, Simon & Garfunkel,  Springsteen to Barry Manilow, Whitney Houston, Aretha Franklin –opened the Tribeca Film Festival in 2017, started on iTunes after missing the deadline for the 2018 Oscars. It won the Critics Choice Award and has earned many other accolades.

Something very important to remember when you watch “Soundtrack of My Life.” Clive Davis isn’t just about Whitney or Barry Manilow. His genius taste has been eclectic. He revived the Kinks and the Grateful Dead. He heard the funk in Earth, Wind & Fire, and Santana. He gave new chapters to Carly Simon, Dionne Warwick, Rod Stewart. His Arista Records issued New Wave star Graham Parker’s classic album, “Squeezing Out Sparks” and distributed records from the British label Stiff Records.

The range is absolutely dizzying, it’s mind blowing. When he started J Records, Clive and his gang put together Santana with Rob Thomas and struck the goldest gold of all with the monster hit, “Smooth.” (Thomas told me recently he and Santana are talking every day, and thinking about working together again soon. All because of Clive.)

As the film hits our home screens, Clive is celebrating a summer long run on the charts worldwide for Whitney Houston’s cover of “Higher Love,” remixed by Kygo. It’s sold 350,000 copies including streaming and still going.

You must be thrilled with “Higher Love.” 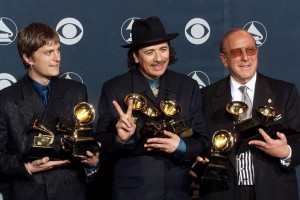 being recorded. We would narrow down songs for an album. In 1989 at the end of the session with Narada Michael Walden, came the original version of “Higher Love.” Her vocal was great. But we tabled it for two reasons. We were doing a more urban album with “I’m Your Baby Tonight.” produced by LA Reid and Babyface. And it was such a current cover, it was not the time for Whitney to be a cover artist. So we said, look it’s real good let’s consider it for the next album.

And then for the next eight years she didn’t do a studio album, just The Bodyguard and other soundtracks, which were all major hits. So when it came time eight years later, this record was forgotten about. We did the My Love is Your Love album. So that it was one of the very, very few that was tabled because it wasn’t part of the plan.

After Primary Wave bought a half interest in the Whitney estate, they were going over a list…because I had tabled any consideration of unreleased material that wouldn’t have Whitney be competitive. I went through all my Grammy parties, and so on. When this was revealed, and suggested it be sent to Kygo for a remix, obviously everyone agreed. The original expectation was that Kygo would do one of his original, unique remixes. He went farther than that, and did a brilliant job.

Are there more tracks for a whole album?
We’re all looking right now. It’s very exciting that it’s been number 1 in the UK. And the Soundscan charts, it’s gone from 76 to 44 to 31. It became the song of the US Open.

Any reissues for Aretha?
No. I was very pleased, gratified — the cover of Rolling Stone on Aretha, and Mikal Gilmore paid special tribute to the last album I did with Aretha. He knew the whole story of how we met when she was 40, and went on to a whole second career with Grammy nominations and gold records. This [Aretha Sings the Great Diva Classics] was the best album of hers since the late 70s. And she loved the album, she called every day when she was making it. That album will grow with time.

What about a live Aretha album? We haven’t attempted that yet. Look, we had the terrific memorial concert (all star cast, shot for CBS, nominated for Emmys), the feature movie [being prepped for next year with Jennifer Hudson], and the eight part Genius series. The pilot script came in and it’s terrific. It’s a definite go on Disney [and Discovery, produced by Ron Howard’s Imagine]. They already did Picasso, and Einstein. Not bad company.

What excited you when you saw the documentary finished?

I’m very mindful that this documentary film, which I had nothing to do with the creating of, that Chris Perkel was meeting with Paul Simon, Artie Garfunkel, Patti Smith– the most emotional thing for me, I knew how I felt when I was working with each of these artists. Historically, you don’t know whether they are remembering the connection the way that you do.

For this film, I learned so much listening to the artists. With Paul Simon talking about Cecilia from Bridge Over Troubled Water…Carlos Santana talking about [throwing his audition for Atlantic Records’ Ahmet Ertegun]…for Carlos to say ‘I wanted to go with Clive, but the rest of the band they were jazz aficionados, they wanted to go with Atlantic.’ To hear him describe barely going through the paces!

And Patti Smith, her mother who’s the head of her fan club, I wrote a letter to her mother. And the mother kept it on her night table forever. Now Patti has on it on hers. Or Barry Manilow talking about his dreams for himself…the Whitney section, to see people sob at the end of the film…To see within months of my being fired from CBS, my vindication, they gave me a check for a million dollars, to see the check on the screen…I’m very excited for people to see it on Netflix.