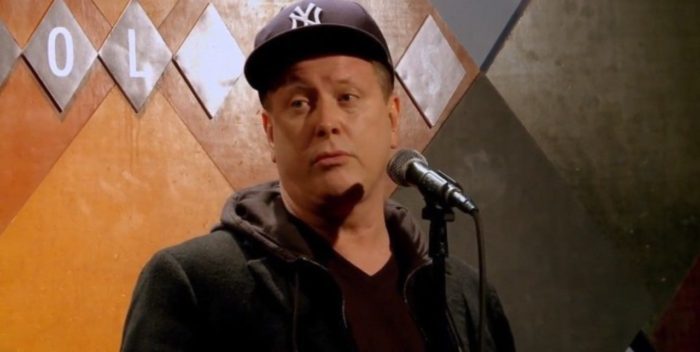 Diane Warren has not one but two possible Best Song nominees this season. She already has 10 nominations, let’s not forget.

So “Hide the Hurt” is sung by Macy Gray at the end of the documentary about “SNL” star Darrell Hammond, called “Cracked Up.” It’s playing in New York at the IFC Center and tomorrow night gets a premiere and Q&A in Los Angeles at the Laemmle in Los Angeles with Darrell, Macy, Diane Warren, and music supervisor/therapist Bonnie Greenberg.

Diane’s other song is “I’m Standing with You,” from the hit movie “Breakthrough,” which came out earlier this year. Videos for each song are below.

Michelle Esrick’s elucidating film (with cinematography by among others Chris Hegedus) tells the story of Hammond’s frightening childhood and abuse at the hands of his deeply disturbed mother. Hammond, a gifted comedian and mimic, finally reveals how he has battled depression and alcoholism by using comedy. He was at the time he left “SNL” their longest running player. Lorne Michaels then hired him to succeed the late legend Don Pardo announcing the opening of the show. I urge everyone to see this film.

Macy Gray’s reading of Warren’s song is just beautiful, and reflects Hammond’s fragility as well as that of all abuse survivors. It’s also so well produced and sung I’m sorry it’s not a viral hit on Spotify. Maybe it will be. “Heal the Hurt” is available there and on iTunes.