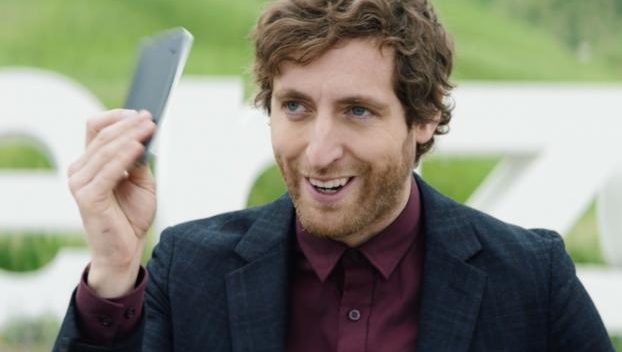 Middleditch has told this to Playboy, and he’s not making it up. He says: “To be honest, swinging has saved our marriage. We have different speeds, and we argue over it constantly, but it’s better than feeling unheard and alone and that you have to scurry in the shadows. By the way, it’s now called being “part of the lifestyle.” The term swinging is old.”

And Silicon Valley thought it had a hot potato in the star they ousted, TJ Miller. They thought he was a headline maker!

Middleditch’s publicist must be popping Xanax right about now. But this should bring more eyes to HBO this fall for the final season. Verizon? I don’t know. Maybe they’re into it.

The actor continues: ” I self-deprecatingly call myself a pervert, but that’s not what it is. I just like it. I’m sexual. I’d always thought I was a romantic and that when I fall in love, that stuff fades away. It does for some years—enough to be like, “I should get married, and I’ll be different.” But it’s part of me. If that’s part of your being and it feels important to you, find a way to explore it, because repression sucks.”

Writer Ryan Gajewski got a good one here. Congrats!