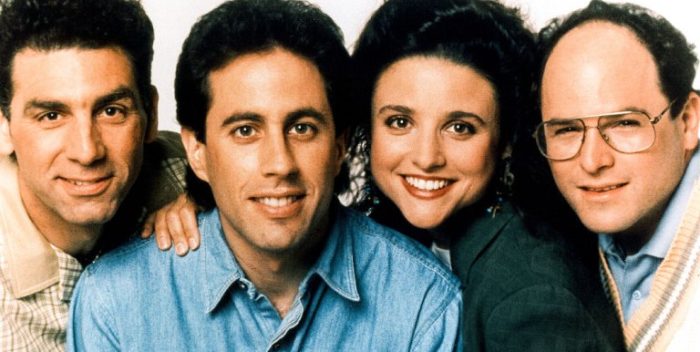 All 180 episodes of the classic comedy will switch over to Netflix for streaming when their run on Hulu is over. Netflix had lost the rights to “The Office” and “Friends,” so this is a big win for the platform service.

No one’s saying how much Netflix paid Castle Rock for the rights, or how much Steve Bannon could reap from this deal. (Bannon had a small piece of the “Seinfeld” pie.) More importantly the sale should be a boon for Larry David and the four principal actors: Jerry Seinfeld, Julia Louis Dreyfus, Jason Alexander and Michael Richards. A wheel barrel of money will be backing up to their front doors.

Netflix is looking to shore up its content with NBC and Disney and everyone else starting their own streaming services. For that reason I don’t understand why “The Mary Tyler Moore” show and all its MTM spin offs are on YouTube for free. Very weird.