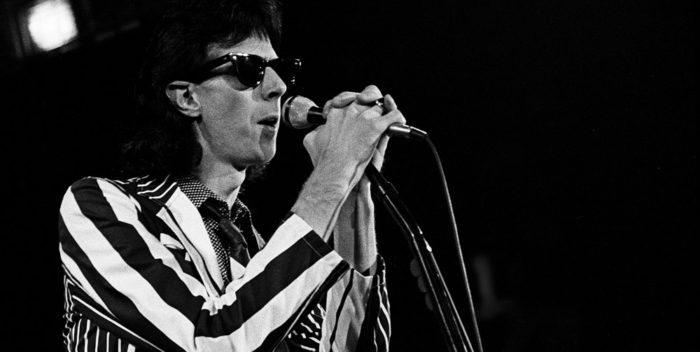 I am really just gobsmacked by the news that Ric Ocasek has died at age 75.

The lead singer and writer of songs for The Cars was a superstar who crafted dozens of original, catchy hits. The Cars were among the very first of the power pop bands who made New Wave music a thing.

They were popular in Boston first, in 1978, when a cassette of “Just What I Needed” was played on WBCN in Boston. Charles Laquidera, who gets no credit now for launching bands like the Cars, Talking Heads, and Blondie on Boston radio in 1977, played the hell out of “Just What I Needed,” which was followed by The Cars’ first album and “My Best Friend’s Girl.” The rest is history.

The Care were inducted into the Rock and Roll Hall of Fame in 2018. In the interim band member Benjamin Orr died in 2000. He’d sung the hit “Drive” and lead on several songs written by Ocasek.

Ocasek, tall and lanky, and the coolest guy ever, moved to New York and married model actress Paulina Porizkova in 1989. They were married until 2018 and had two sons. According to reports, Ocasek was found in his townhouse tonight.

What a shame. The Cars were just what we needed when they came along in 1977. They were brainy, witty and very musical. Ocasek’s songs were the perfect antidote to the turgid, self-involved miasma of mid 70s rock groups. Rock and roll almost died around 1976-77 until it was revived by groups like the Cars, Elvis Costello, Talking Heads, Sex Pistols, Ramones, and so on. Later would come the Police and the Pretenders, REM, among others. And mind you, New York’s WNEW-FM refused to play the new music when it came out. They were all about Fleetwood Mac and the Eagles. Rolling Stone would not write about them. Would. not.

I could listen to the song “Candy O” forever, or all of the Cars’ first album. For many years, Ocasek turned out perfectly brilliant material we can’t live without now. His death is too soon, and a real tragedy. Condolences to his family and friends, but that’s not enough. Really heartbreaking.