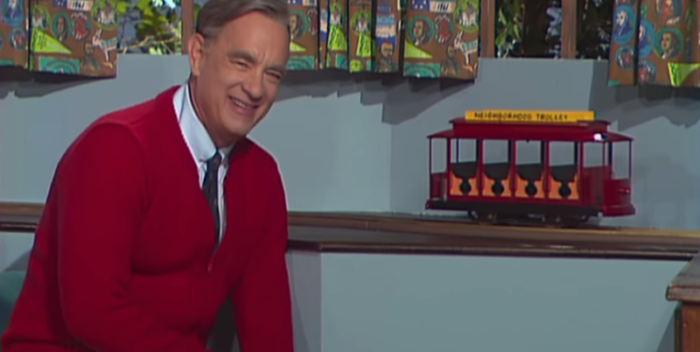 Two of the movies at the Toronto Film Festival really aren’t about what they’re touted to be. Marielle Heller’s “A Beautiful Day in the Neighborhood” is about Matthew Rhys’s character’s relationship with his father, played brilliantly by Chris Cooper (who must be nominated for an Oscar, my friends). Tom Hanks’s Mister Rogers, also headed to awards citations, is really bystander to the main action no matter how nice or important he is.

Similarly, in James Mangold’s racing adventure, “Ford v. Ferrari,” neither Henry Ford II nor Enzo Ferrari are the main characters. In fact, Ferrari barely speaks, while Ford– played by Tracey Letts– is sort of there for bombastic explosions. The movie is about the friendship between car designer Carroll Shelby (Matt Damon) and race car driver Ken Miles (Christian Bale). Miles’s life is very fleshed out, but we learn little about Shelby except that he knows cars.

It’s a funny juxtaposition for two films that are clearly headed for the Oscar season. Of the two I prefer Heller’s film, which is very idiosyncratic, just like her “Can You Ever Forgive Me” from last season. Mister Rogers was already given a biopic with the documentary “Would You Be My Neighbor?” so it wasn’t necessary to do that again. Instead, Heller bases her story on journalist Tom Junod’s Esquire piece about Mister Rogers. At the time he was writing it, Junod’s estranged father was dying. Mister Rogers helped bring them together. “Beautiful Day” is a nice take, then, on something that could be have been redundant. And Hanks embodies Rogers in the way Renee Zellweger does Judy Garland– it’s not an imitation. It’s a little bit of genius.

“Ford v. Ferrari” really makes it on the racing. The recreations of Le Mans and Daytona are so exciting they should bring out all the fans everywhere. Plus, Christian Bale- as usual– makes the little known Ken Miles (known to racing fans only)– one of his great character portraits. Bale is a master at these people. You can’t stop watching him. Matt Damon is also great, but his character is underwritten. While he keeps the cars moving, and Miles employed, we don;t know anything about him. I was disappointed. My whole life people have talked about the Shelby Mustang. Did he not want his story told? Maybe his kids want their own movie. It’s a head scratcher.