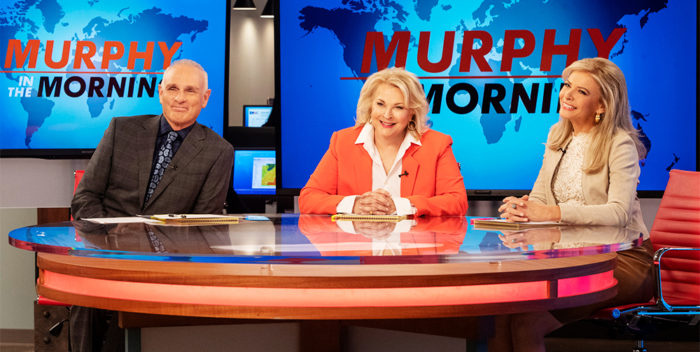 Soderbergh must like working with Streep. He’s already made a second movie with her called “Let Them All Talk,” and it’s based on the Elvis Costello song. It’s kind of like a “Love Boat” as three widows take a cruise– Streep, Dianne Wiest, and Candice Bergen. Lucas Hedges and Gemma Chan are the young people along for the ride.

How do we know? Thanks to the intrepid photographer/journalist Candice Bergen, who still has “Murphy Brown” blood in her veins. She’s posted the news to Instagram, along with a photo of Soderbergh in his tricked out wheelchair used to film tracking shots. Very clever. It seems from Candice’s Instagram that they shot part of the film– or maybe all of it– on the Queen Mary 2 from New York to Southampton, England.

Steven Soderbergh shoots fast with three cameras and he operates one of them often from a specially built wheelchair for tracking shots. He is shooting a film called, LET THEM ALL TALK with Meryl Streep, Diane Wiest, Lucas Hedges, Gemma Chan and me, Bergenbags. Well, he SHOT it. It’s already finished. Like I said, he’s speedy.