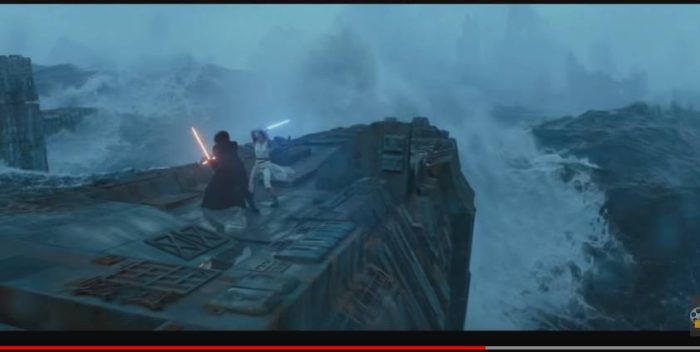 After 42 years, “Star Wars” as we know it will come to an end in December. “The Rise of Skywalker” wraps up the 11 film saga (not counting TV, books, animated films, “Clone Wars” and so on). In the trailer, Rey — who is probably Luke Skywalker’s daughter– battles her first cousin, Kylo Ren. It’s good vs. evil. Who will win? Answer: Disney! I miss Carrie Fisher, but at least she’ll get a great send off. JJ Abrams, as usual, looks like he’s done a great job. He knows how to give fans what they want. And we’re going to get it.