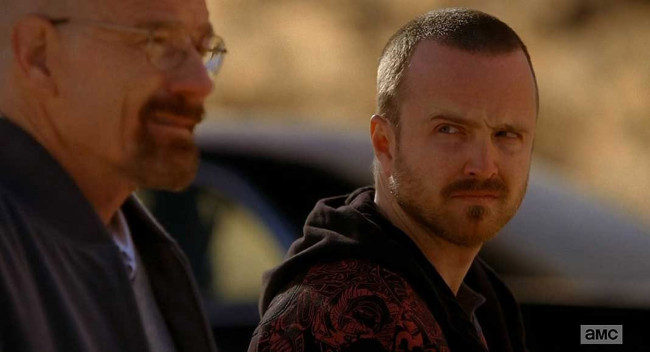 “Breaking Bad” will never end, not if creator Vince Gilligan has anything to say about it.

He’s got a sequel movie set for Netflix on October 11th starring Aaron Paul as Jesse Pinkman. This will take place after Walter White has been killed and Jesse is on the run. Are we surprised? No. “Better Call Saul” is the prequel, now we have the sequel.

Will this be the end? Heck no. If “El Camino” is a hit– and it will be– we could see a raft of new installments with Aaron Paul who must be very very happy. It’s not like he’s had an easy time since “Breaking Bad” went off the air. Jesse is a potential career for him.

What happened to Jesse Pinkman?