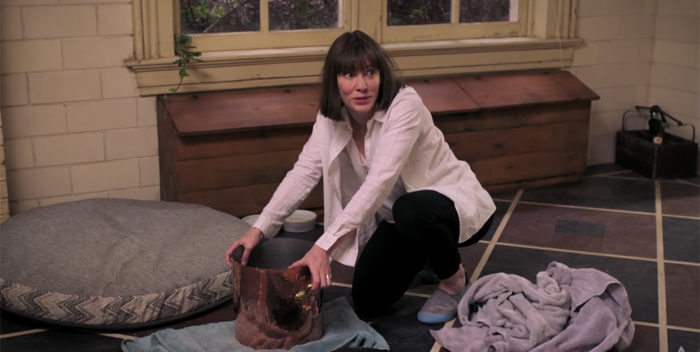 Linklater’s oeuvre is indie films, but for an indie film in wide release, “Bernadette” is a disaster. It’s a disaster we knew was coming, however. Originally scheduled for last winter, “Bernadette” was held and supposedly tweaked. But the damage was done.

Rotten Tomatoes has it 43%. Annapurna Pictures, which can’t get out of its own way, held the premiere way downtown, stealthily. Their August release date for a Blanchett-Linklater film signaled anyone who cared that this was not a festival or prestige film. “Bernadette” was dumped.

At least Annapurna’s other recent failure, “Booksmart,” made $22 million. “Bernadette” will not get that far. Annapurna, now releasing as United Artists Releasing, has released four films this year and taken it a total of $104 million. They’re waiting, I guess, for the MGM James Bond film, set for next spring. But by that time their staplers will be empty and they’ll have to dog ear memos without paper clips.

Could “Bernadette” have been saved? A Hail Mary pass might be bringing it to Toronto, and launching Cate into a thin (so far) Best Actress crowd, made a big deal at the Gotham Awards (where Cate and Richard would have been hailed as heroes). But Annapurna is marketing-and-publicity-free. No effort was better than anything else, I guess.