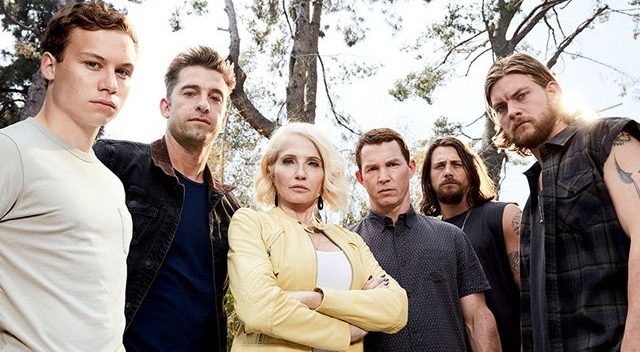 I wrote the other day that Ellen Barkin was killed off her TNT series, “Animal Kingdom,” after four seasons. At the same time, she left her talent agency, CAA, and BFF Bryan Lourd, after 12 years.

Some fans speculated that Ellen wanted out. Let me tell you, no actor really wants off a TV series. If they leave, it’s usually because of a failed negotiation, i.e. money. But Barkin is loaded, so that wasn’t the reason. It wasn’t her decision, clearly, to have Smurf shoot herself in the head.

So what was it? A fan with few Twitter followers wrote in and asked Barkin a simple question: WHY? She answered succinctly: “65 year old woman.”

Ellen Barkin, kids, is hot. She doesn’t look like a “65 year old woman.” But she’s made her point. And even though “Animal Kingdom” the movie was centered on a mother who rules her unruly brood of gangster sons, the series will now go on with just young people. How crappy is that? My guess is that without Barkin, the bottom drops out of whatever ratings they had.

But will outspoken Barkin speak about ageism and what happened to her? Or she is bound by an NDA? I sure hope not. I’ve never known Ellen to be anything but forthright on every subject. Stay tuned…