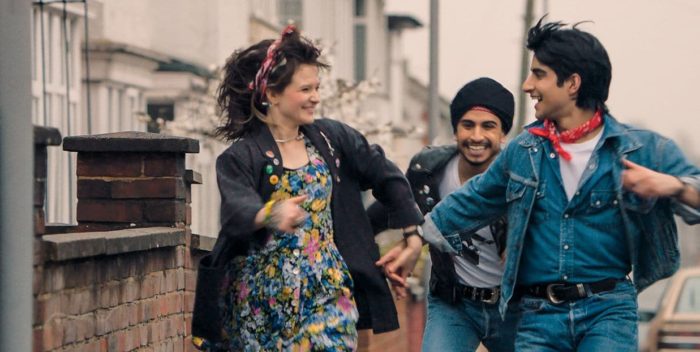 The Friday box office offered only good news to Universal Pictures, which has the number 1 and 2 films. “Good Boys” scored $8.3 million including Thursday previews. “Hobbes and Shaw” aka Fast and Furious did $3.8 million, kicking it up to $123.4 million after 8 days. So their Universe is happy.

But Warner Bros. can’t be too thrilled with “Blinded by the Light.” They put a lot into the Bruce Springsteen-themed feature, and even backed it up by buying Bruce’s “Western Stars” music film pre-Toronto. They went all in on Bruce, which we love. But Bruce’s fans didn’t turn out last night for “Blinded.” It’s DOA with $3 million for the weekend, $1.3 million last night.

I haven’t seen it, but “Blinded” sounded a lot like “Yesterday,” which is wrapping up a big $70 million run.

Quentin Tarantino’s “Once Upon a Time in Hollywood” is still spinning its fable about fabled Tinseltown. Should finish the weekend with $112 million. That’s still $8 million away from “Inglorious Basterds,” which finished with $120 million. “Hollywood” will not exceed Tarantino’s biggest, “Django Unchained,” at $162 million.

We knew “Where’d You Go Bernadette?” would bomb, and it did. Sad to say because it’s Richard Linklaker and Cate Blanchett. Annapurna Pictures stealths under the rubic United Artists Releasing now, but it’s Megan Ellison’s company nevertheless. They’re still smarting from “Booksmart,” which at least made $22 million. “Bernadette” will be lucky to scoop up half of that. This poor movie was never right from the beginning, so now it’s just being put out of its misery. On to bigger things!