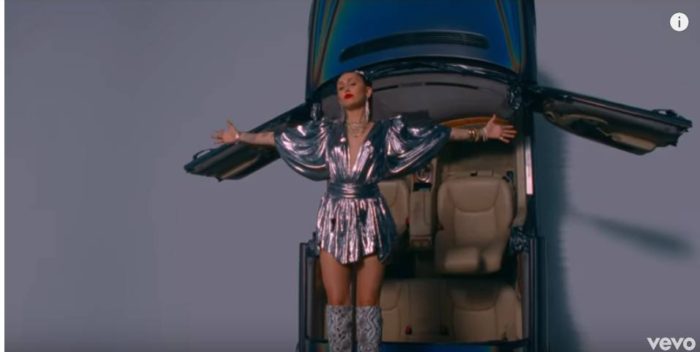 What a shock. Miley Cyrus and Liam Hemsworth have ended the marriage that started on the spur of the moment back on Boxing Day, December 26th. It’s hard to believe, isn’t?

No, it’s not. Their publicist says they’re still committed to parenting their pets.

Well, Miley’s Instagram stopped having photos of Liam in early May, when they attended Anna Wintour’s Halloween Ball at the Metropolitan Museum. From then on, it’s pictures of Miley in bikinis, no wedding ring. So it’s possible this all ended well before May 1st.

Failure fuels celebrity marriages. Miley’s “She is Coming” album was a botched experiment, selling just about no copies. Liam’s “Isn’t it Romantic?” romcom went belly up at the box office. So there were no Champagne corks popping in their household.

But how could it have worked anyway? Miley, who had already announced she was gay, told a magazine that she was queer, and that sex was not a big part of marriage. Liam could not have been amused. She said: “The reason that people get married sometimes can be old-fashioned, but I think the reason we got married isn’t old-fashioned—I actually think it’s kind of New Age. We’re redefining, to be fucking frank, what it looks like for someone that’s a queer person like myself to be in a hetero relationship. A big part of my pride and my identity is being a queer person. What I preach is: People fall in love with people, not gender, not looks, not whatever. What I’m in love with exists on almost a spiritual level. It has nothing to do with sexuality. Relationships and partnerships in a new generation—I don’t think they have so much to do with sexuality or gender. Sex is actually a small part, and gender is a very small, almost irrelevant part of relationships.”

I would guess that’s when Liam headed for the hills.

So now what? Miley and Liam already broke up once, when she took a “Wrecking Ball” to her life and career. That move worked, but nothing has since then. When she made up with Hemsworth, Miley went G rated with the “Younger Now” album. Huge flop. She tried to spice things up with “She is Coming,” but that was a strike out. At 26, she has the luxury of trying many different musical genres before settling down at 40 to a country residency in Branson.