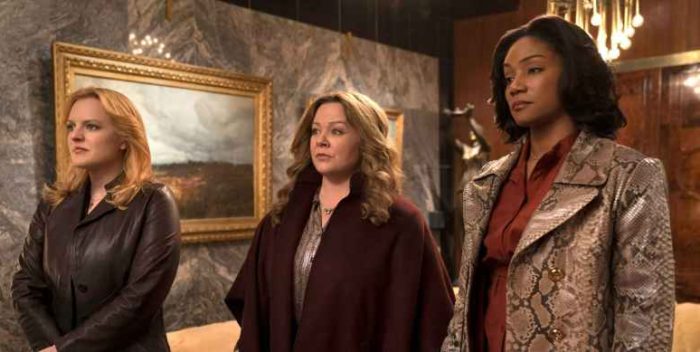 It’s been a rough summer for films starring women, or toplining women.

Now we have a big disaster with “The Kitchen,” starring Melissa McCarthy, Elisabeth Moss, and Tiffany Haddish. It made just $5.5 million and cost at least $50 million if not more.

The whole thing is a total write off. Sadder still, this was the number 1 new movie of the weekend. But it’s not a surprise: “The Kitchen” had a ghastly 20% on Rotten Tomatoes.

“The Kitchen” follows “The Hustle,” “Booksmart,” “Poms,” and “Late Night” down the box office tubes. Was it that the movies were really no good? Or were they just poorly marketed? That’s the big question.

And now studios will have to think about that before new releases like Greta Gerwig’s “Little Women,” “Charlie’s Angels,” and the upcoming “Where’d You Go, Bernadette”?

The latter, directed by Richard Linklater and starring Cate Blanchett, is looming as a huge flop. Scheduled to be released earlier this year, “Bernadette” was pulled from Annapurna’s schedule for re-editing. Apparently, it didn’t work. “Bernadette” is barely being screened for press, and its premiere is being held sub rosa at the way downtown indie Metrograph Theater with a party on the premises. Not exactly Alice Tully Hall.

Annapurna Films, owned by Megan Ellison, has already had massive disappointments this year including “Booksmart.” Next Sunday, after it bombs, we’ll be seeing puns based on the title regarding the box office.  Blanchett and Linklater will be fine, but Annapurna is another story altogether.