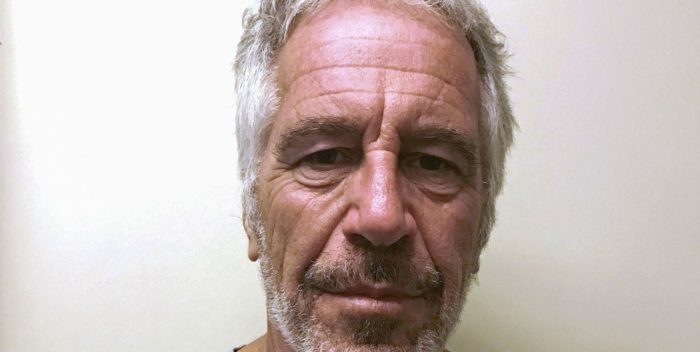 Jeffrey Epstein is dead. He was found in his Manhattan jail cell this morning, the announcement was it was suicide.

But clearly almost no one believes it was anything but an assassination. Yesterday, Virginia Guiffre’s depositions against Epstein were revealed in his unsealed indictment. She named powerful people who were part of Epstein’s world and clientele, including Senators George Mitchell and Bill Richardson, Chicago hotel billionaire Tom Pritzker, already accused model agency owner Jean Luc Brunel (who doesn’t care what you accuse him of, by the way), and plenty of others.

It’s the “others” whose names still haven’t come out, and will, who likely said ‘that’s it’ for Epstein. Also yesterday, Epstein’s very close pal Leslie Wexner, who owns Victoria’s Secret and The Limited and other brands, gave an interview throwing Epstein under the bus– or a fleet of buses– to distance himself from the jailed pedophile. Wexner has to be kidding if we’re supposed to believe him.

And then there’s Ghislaine Maxwell, Epstein’s bff and procurer, his fixer, on the lam in Europe. Her father died mysteriously on a yacht in Europe years ago. She must be wondering how her end will come now. Maxwell knows everything, and could set her world on fire if she gave the information to authorities. She has to be going to the bathroom with bodyguards watching. Good luck.