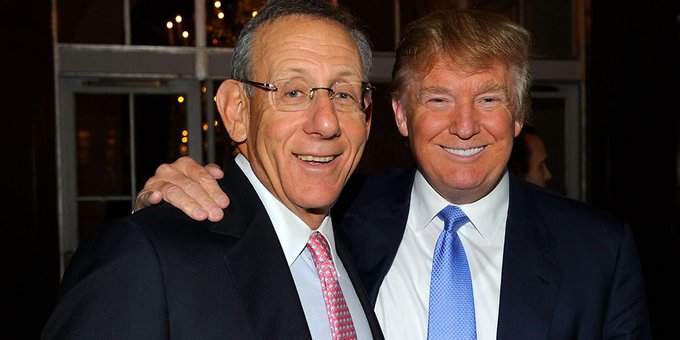 Everyone is canceling their Soul Cycle and Equinox memberships. Why? Because their owner– or “passive investor” Stephen Ross is hosting a massive fundraiser for Donald Trump this weekend in the Hamptons.

Funny how times change. In February, Ross told New York magazine: “I don’t like Donald, okay, we can stop there. We’d be here all day.”

That’s when the Detroit born Ross, self made and said to be work-obsessed, was interviewed about the monstrosity known as Hudson Yards. He built that, too.

Meanwhile, Equinox and Soul Cycle have disavowed Ross, saying he’s a passive investor and isn’t involved with them. Well, that’s like when Home Depot distanced themselves from their own passive investor, their co-founder Bernie Marcus. a billionaire Trump supporter. And what about New Balance shoes? (Oh wait, they turned against Trump.)

What will happen next spring? Will there be a boycott of the Tribeca Film Festival because the Murdoch family is their main investor?

Also Pizza Hut is closing 500 restaurants. I’ve never been there, or to Soul Cycle or Equinox. My boycott was ahead of the curve!