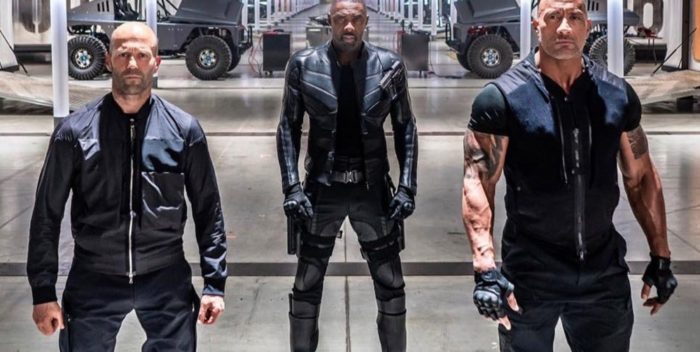 Box office news: Quentin Tarantino’s “Once Upon a Time in Hollywood” will cross $70 million tonight or tomorrow, which is pretty great no matter what you compare it to. \

After all, this is a long movie and a character piece, with a little bit of violence at the end but nothing like past Tarantino blood and guts fests. This is an actual film, something we’re not getting much of anymore. “OUTH” will easily go past $100 million and then head for awards season.

This weekend’s big studio mass consumption piece of whatever is “Hobbs and Shaw,” a spin off of “Fast and Furious” movies. Starring The Rock and Jason Statham, “Hobbs and Shaw” (sounds like a law firm or a bail-arranger) made $23.7 million on Thurs/Fri and is eying a $60 million weekend total. It’s mindless fun, so international box office is two times the US. To be honest, this is a movie where you don’t even need dialogue. Turn the sound off! Make up your own!

And then there’s “The Lion King.” Critics didn’t like it. Who cares? Disney is now up to $403 million domestic and $1 billion total worldwide. That’s a big roar!