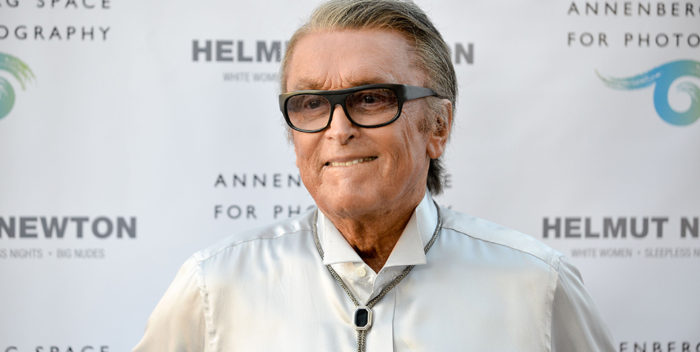 Robert Evans has left the building.

After 45 years– the longest deal in Hollywood history– the famed producer of “The Godfather” has come to the end of his deal with Paramount Pictures. His fabled office– which he hadn’t seen in years, anyway– is all gone.

But Evans, eternally young at 89, is not retiring. He’s not interested. A close friend says, “He’s almost relieved. There were so many things he wanted to do and his hands were tied by the deal. Now he’s very upbeat about getting something done outside.”

Evans is well known for his memoir, “The Kid Stays in the Picture,” and the documentary that was based upon it. Last year, a theatrical version played in London’s West End. Now it’s being retooled for a Broadway run. So make no mistake: this kid always stays in the picture.

The Paramount deal went through many generations. But a friend says that “when Brad Grey died, things changed.” Indeed, after Grey’s death, there was uncertainty at the studio. New president Jim Gianopolous is said to be a fan. But Viacom’s Sherry Redstone, daughter of ancient Sumner Redstone, is said to have been the one to end the longest relationship in Hollywood history.

As head of production at Paramount in the late 60s and early 70, Evans had 17 hits now considered classics including “The Godfather,” “Harold and Maude,” and “The Odd Couple.”

Continuing as a producer on his own, Evans’ credits include “Chinatown,” “Urban Cowboy,” and “How to Lose a Guy in 10 Days,” his last film in 2003.

So why not retire? “Retire?!” his friend (not Evans, really just a good source) exclaimed. “Why? He doesn’t want to.”

If there’s a great Hollywood ending here, I want to see one more terrific film produced by Robert Evans. We all deserve it.