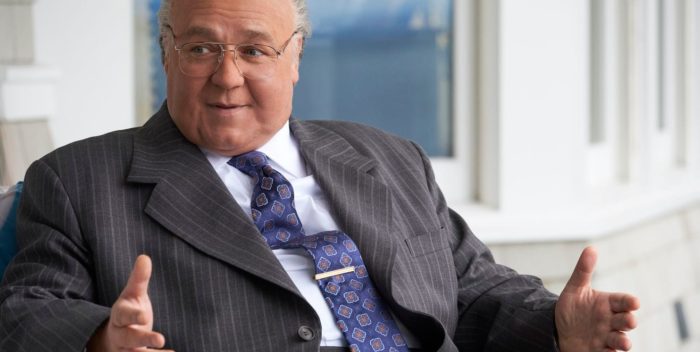 Showtime is a mess, that much we already know. They produce quality shows but can’t get people to watch them.

On Sunday, their Roger Ailes-Fox News mini series, “Loudest Voice,” had just 354,000 viewers. But the show didn’t make the top 150 cable shows of the night. Why? In the key demo, “Loudest Voice” had just 4,000 of that total in the key demo, 18-49. Everyone who watched it was older than the desired audience by advertisers, marketers, and everyone else in the ad world. I was part of that group.

“Loudest Voice” wasn’t the only Showtime show not attracting people under 49 years old. Kevin Bacon in “CIty on a Hill,” which should be a smash hit, garnered 406,000 viewers total. But their key demo was also 4.0 or 4,000 viewers. They also missed the top 150 cut off. Five other entries for Sunday night had an o.4 and lower overall numbers than the Showtime shows. But according to Showbuzz Daily, when the numbers were unfolded to their nth degree, “Loudest Voice” and “City on a Hill” finished lower than even an untitled Paid Program on the Syfy channel that had 75,000 viewers. Ouch!

So what is the deal with Showtime? This year they managed to get only 18 Emmy nominations, 3 lower than last year. Their chief competitor, HBO, had 137. Showtime’s great show, “Billions,” is ignored by all the awards groups despite an all star cast and four star writing and directing. Something is very wrong over there. I wish they could fix it. As for “Loudest Voice,” it’s pretty damn good. And “City on a Hill” should be their “Sopranos.”