Taylor Swift fans are too young to know this but a long time ago, in a far off galaxy, Prince– the late R&B superstar– wanted his masters back from Warner Bros. Records. He’d been with them for 18 years or so and had had enough. He decided to leave Warner Bros. and go off on his own.

Surprise! Warner Bros. didn’t want to give Prince his masters. So Prince changed his name to the Artist Formerly Known as Prince, forced journalists to refer to him with a symbol or glyph, and wrote Slave on his face.

Now Taylor Swift has allowed herself to lose her master recordings to her former label, Big Machine. She moved on to greener pastures with Universal Music’s Republic Records. Who knows what they gave her to induce abandonment of her precious songs? But she’s not going to get them back.

A petition has popped up on change.org urging Scooter Braun to give back her art. It’s not going to happen. He paid $300 million for those masters. They are his, fair and square. Maybe Taylor can use a glyph, or appear as The Artist Formerly Known As…

Prince, by the way, re-recorded his original records. At least some of them. They have never replaced the original hits. In time, Prince made up with Warner Bros. before he died. He had no choice.

Thanks to Big Machine’s Scott Borchetta, we have Taylor’s deal memo right here. 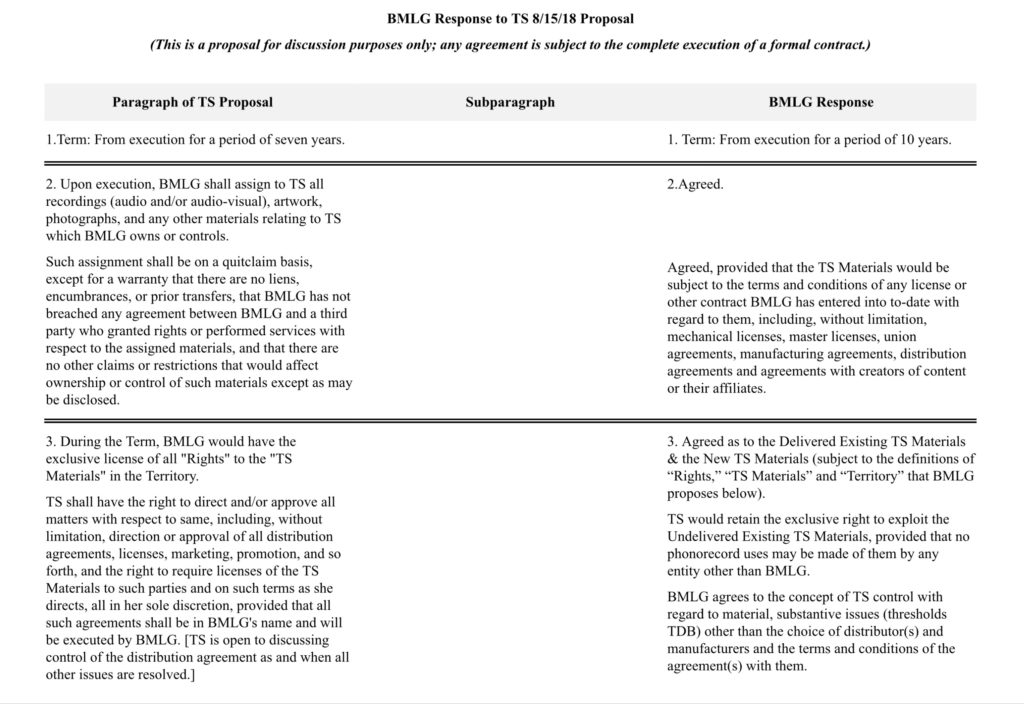