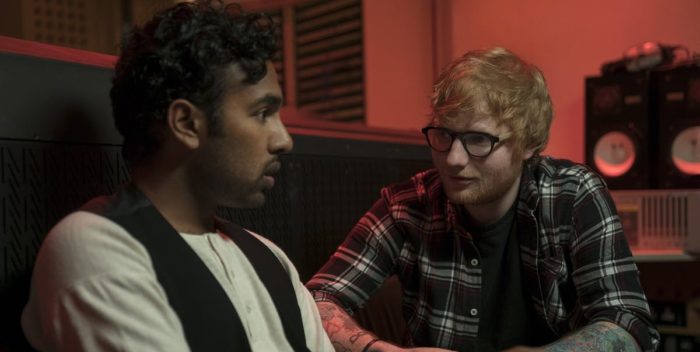 Go for the Beatles ride and see the delightful “Yesterday” the summer’s feel good movie.  Written by Richard Curtis and directed by Danny Boyle, “Yesterday” has a quirky and clever concept.   Struggling musician Jack Malik, played appealing by Himesh Patel, gets hit by a bus during an unexplained global blackout.  He regains consciousness in a world that no one has the slightest idea who the Beatles are.  They never existed in his new warped reality.

Intrepid Jack has a lightbulb moment: he writes down all the Beatles songs he remembers then starts performing them as his own. Rapidly he gains attention, including that of his local neighbor Ed Sheeran (who is actually quite funny and self -deprecating) and becomes a worldwide sensation. Along the way his childhood best friend and erstwhile manager/schoolteacher by day, a lovely Lily James, his devoted parents played wonderfully by Meera Syal and Sanjeev Bhaskar, his lovable sidekick Rocky, a funny Joel Fry, accompany him on his surreal journey.

One of the funniest scenes of the film is Jack playing “Let It Be” for his parents, with constant comic interruptions.  Kate McKinnon is hysterical as his new ruthless, shark-like Hollywood manager appropriately named Debra Hammer.  Does Jack convince the world he wrote them all himself? Yup.  Do you believe it?  Not really, but who cares?  There is a twist towards the end that is truly poignant and brings tears.  There’s a sweet romantic thread as well.  So suspend your disbelief, cynics be damned, “Yesterday” strikes all the right fantastical Beatle’s chords and cannot help but bring a smile to your face.