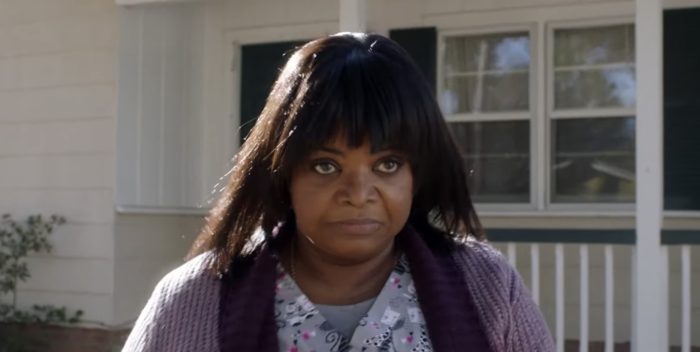 The smartest person in the movie business right now besides horror master producer Jason Blum is probably Oscar winner Octavia Spencer. She got her Oscar for “The Help,” a sensitive film about race set in the early 60s South, and never looked back.

Now Spencer and Blum are connected through their movie, “Ma,” a $5 million Blumhouse special directed by “The Help” director Tate Taylor and starring Spencer. Yes, the same Octavia Spencer from other sensitive movies like “Fruitvale Station” and “Hidden Figures.”

“Ma,” which I know, dear reader, you haven’t seen, has made $45 million at the US box office and another $13 million internationally. That’s $58 million on a $5 million budget. And it’s not over. “Ma” is still out there making money. Then it will be a big hit on DVD, streaming, and so on.

Blum has made a fortune with smart horror films like “Ma,” all of which cost $5 million apiece. Plus he produced Jordan Peele’s breakout hit, “Get Out,” which combined horror with social satire to make a potent mix.

Clearly, she and her team know what they’re doing. What a great story. Before “The Help” came out in 2011, Spencer had spent about 15 years working doggedly, mostly in television, in small roles. This is quite an achievement! And PS, Octavia Spencer couldn’t be nicer.