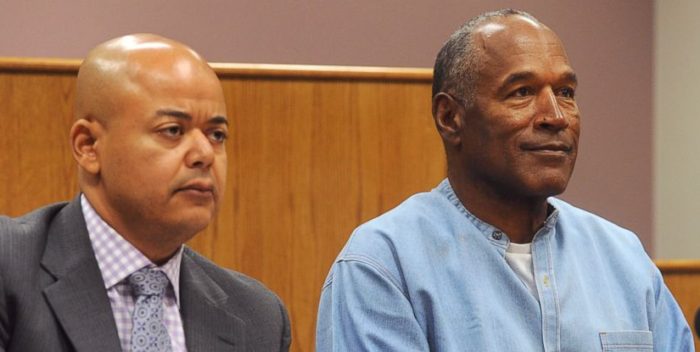 UPDATE: OJ really joined Twitter. He doesn’t care how inappropriate it is. Or how hurtful to his dead wife’s family. OJ only cares about himself, which should make his Twitter account top reading. Now Sydney and Justin can see their murderous father in all his glory.

EARLY SATURDAY MORNING: Has OJ Simpson joined Twitter? An account claiming to be Simpson’s has popped up on the social network complete with a video that purports to be the disgraced football player. Is it faked? It would have to be. The idea of OJ claiming “I got a lot of gettin even to do” would have seemed preposterous in a pre Donald Trump Twitter world. And of course, the faux Tweet comes just a few days after the 25th anniversary of the double murder of Nicole Brown Simpson and Ronald Goldman. OJ was acquitted in a criminal trial but found responsible for their deaths in a civil suit.