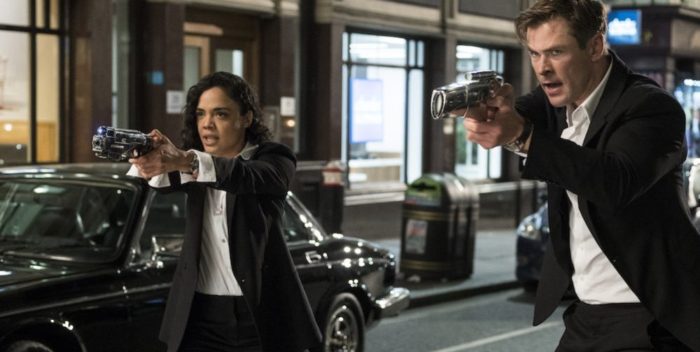 The Friday box office wasn’t kind to the sequels. But their loss is the gain of “Rocketman,” now crossing $60 million on its way to $70 million.

The worst of the lot is “Shaft.” The movie got terrible reviews, and made just $2.8 million on Friday including $600,000 from Thursday previews. It will be lucky to make $6 million for the weekend. Bad karma killed it. No Isaac Hayes music. This happened to Samuel L. Jackson on “Soul Men” when those producers wouldn’t include the song “Soul Man” or its singer, Sam Moore. They went down in flames,too.

“Men in Black International” made just $10 million on Friday including Thursday previews. The guestimate for the weekend is way under $30 million. This was a movie no one wanted to see, made by people who had nothing to do with the original.

Finally, “Late Night” is just a huge disaster. They made $1.6 million in wide release after a faux start last week. By Sunday they’ll have $6 million maybe. Amazon Studios really blew this one. There should be studies made of the marketing and publicity. They spent millions at Sundance to get it, and then punted the whole thing. How much worse can things get for Amazon before they make some big changes?

Oh, and “Booksmart”? Dead and nearly gone. Annapurna blew this one, too. What a shame.