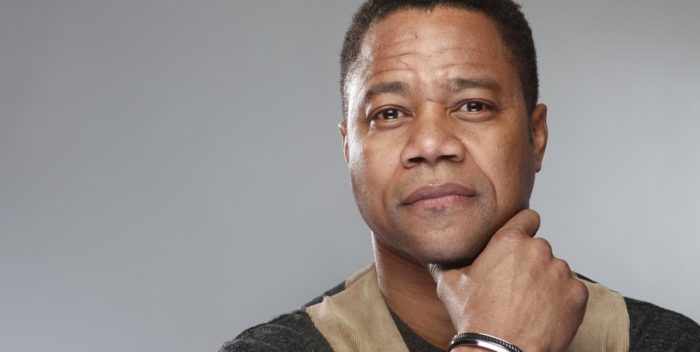 Tomorrow Cuba Gooding Jr. will “surrender” to the police peaceably on a charge that he groped a woman i.e. touched her breast, at a midtown nightclub on Saturday night.

I’m told the charges are not going to stick. First of all there’s no video tape from the club that shows this ever happened. It’s going to be nearly impossible to prove.

Gooding has been partying for the last couple of years, having a swell time, but always in a light-hearted way. But putting his hands where they shouldn’t be? That’s one thing that doesn’t sound like him at all.

Ironically, Gooding played OJ Simpson in the famed TV series a couple of years ago. Simpson’s lawyers always warned against a ‘rush to judgment.’ Of course, Simpson was guilty. But there should not be a rush to judgment here, please. Let cooler heads prevail.

Celebrities are vulnerable to these kinds of complaints. I sure hope the NYPD and sex crimes unit remember that another Oscar winner, Geoffrey Rush. won $2 million from a woman who went to court in Australia with a similar complaint against him. She lost, big time.

Cuba, by the way, is doing great career-wise right now. Contrary to a another report, he is still very much working with ICM Partners, but on a freelance basis. I can tell you exclusively that they’ve represented him signing a deal for a new Netflix series with yet another Oscar winner, Octavia Spencer, called “Mrs. Walker.” Gooding is the male lead.  He’s also looking for more writing and directing gigs.

So don’t count Cuba Gooding Jr. out at all, please. Those who do will wind up singing his father’s hit song, “Everybody Plays the Fool.”