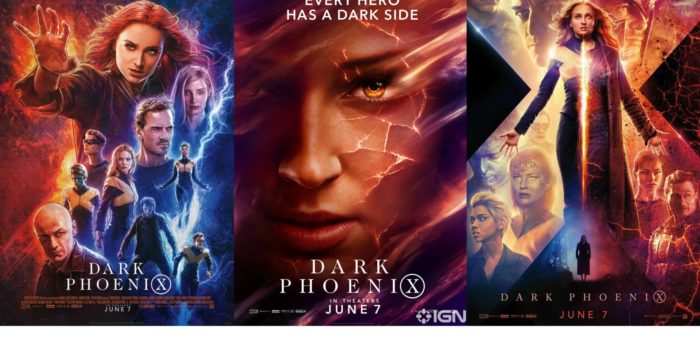 “Dark Phoenix” is doing as poorly as its reviews suggested. Last night the final “X Men” movie took in $14 million. It will be lucky to close out the weekend with $40 million.

There were seven movies branded with “X Men,” two Wolverine movies, 2 Deadpools so far, and “Logan.” None of them have struck out like this. Fan reaction to “Dark Phoenix” has been fairly negative, too. They’re complaining on social media that “Dark Phoenix” feels like a paycheck movie.

Anyway, the series will end here with this installment and re-boot in the Marvel universe. “Deadpool” with Ryan Reynolds, it is hoped, will be left alone at least for one more of those–they’re too good.

Meantime, “Rocketman” is doing fine. It will hit $100 million worldwide soon, and eventually get to $100 million US as well. It will not do “Bohemian Rhapsody” numbers, but it’s a better movie and will have a long life going forward. Go see it this weekend!

“The Secret Life of Pets 2” made $16 million last night. The original did over $100 million opening weekend three years ago. You see where this is going. Don’t blame the pets, bet the owners. This was a paycheck movie, too, apparently.