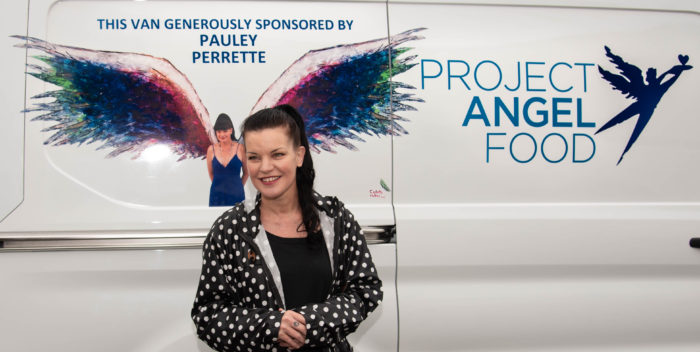 Overnight, former “NCIS” actress Pauley Perrette has launched a firestorm against her former co star Mark Harmon. In response to a tweet from a fan, Perrette wrote: NO I AM NOT COMING BACK! EVER! (Please stop asking?) I am terrified of Harmon and him attacking me. I have nightmares about it. I have a new show that is SAFE AND HAPPY! You’ll love it!
#HappyPlace Love y’all!

she added, two hours later:
You think I didn’t expect blow back? You got me wrong. THIS happened To my crew member and I fought like hell to keep it from happening again! To protect my crew! And then I was physically assaulted for saying NO!?and I lost my job.

Perrette included photos of a man with injuries to his face. This is supposedly the crew member who was attacked by Harmon’s dog. Perrette said last year she complained about the dog, which led to her and Harmon– who is also a producer on the show– falling out to the point where they could not be in scenes together. She left the show a year ago after 15 years playing forensic scientist Abby.

The actress does have a new comedy coming to CBS this fall, probably as part of her “NCIS” exit deal.

PS I’ve known Pauley a long time, she tells it straight and doesn’t fool around, which is why the fans love her. She can be too honest some times, which is refreshing! 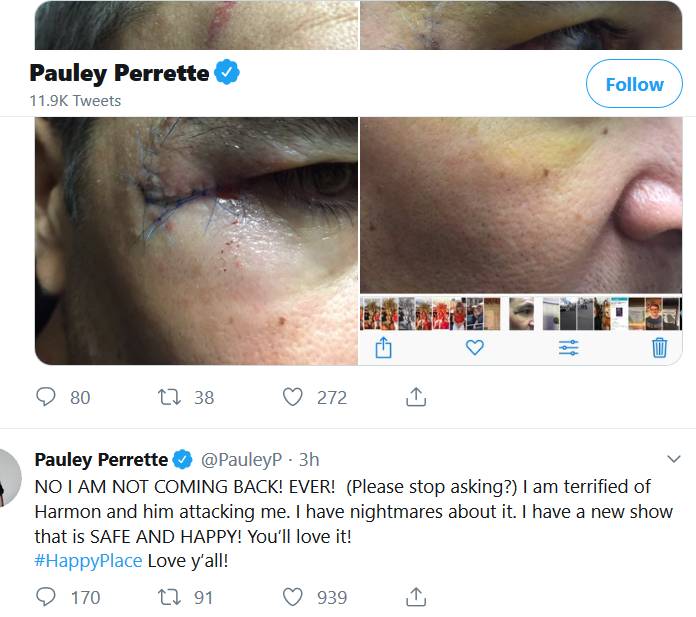