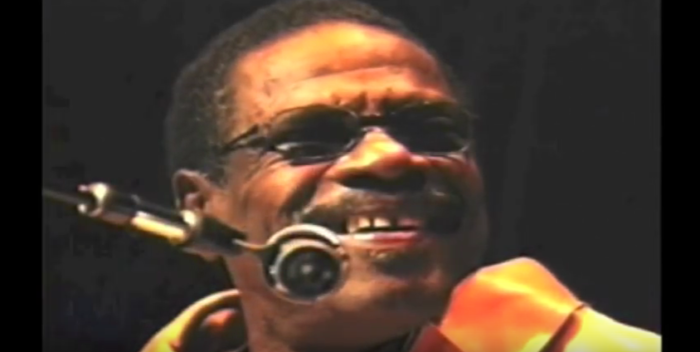 It’s hard to imagine but when Billy Preston died on June 6, 2006 he was just 59 years old. His 60th birthday would have come in September.

Billy was in a coma for six months after a botched medical situation. Just weeks before, in fall 2005, he’d appeared on stage with his pal, “Soul Man” Sam Moore at Mohegan Sun, and at the launch of the DVD for “The Concert for Bangla Desh.”

An ace keyboardist and pianist, as well as songwriter and singer, Billy cut his teeth with Little Richard and played on countless hits through the Sixties. In 1969 he hooked up with the Beatles, and was the only artist whose name was featured on one of their hits (“Get Back”). If the “Let it Be” movie is ever released, we’ll see Billy playing with the guys on the roof.

He was signed to the Beatles’ Apple Records and made a historic album called “That’s the Way God Planned It.” He jumped to A&M Records with Herb Alpert and Jerry Moss and had three massive hits: the instrumental “Space Race,” “Nothing from Nothing,” and “Will it Go Round in Circles.”

Billy wrote many songs but his most famous “You Are So Beautiful,” which he co-wrote. Joe Cocker had a number 1 hit with it. Everyone wanted him for duets, but you can look up his with Al Green on “You’ve Got a Friend” from one of Al’s later albums, and it will blow you away. Before he died, Billy cut a gorgeous duet on “You Are So Beautiful” with Sam Moore. He regularly played with and for Aretha Franklin, who loved him. Their joint appearance on The David Brenner Show is a YouTube classic.

The Preston estate is still not settled after all these years. That’s another story about which I’ve written. I hope it concludes soon. In the meantime, we salute Billy, who I was honored to know, and all his amazing accomplishments. Maybe one day he’ll be inducted into the Rock and Roll Hall of Fame.