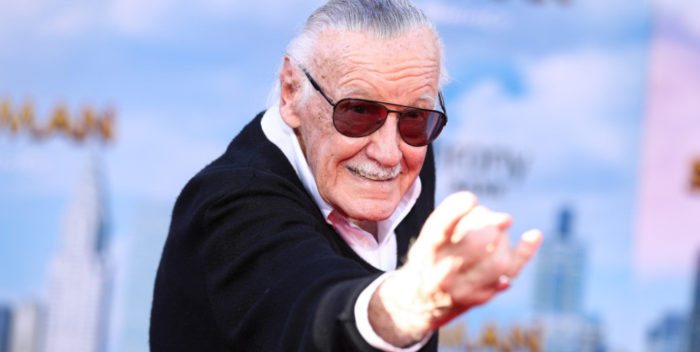 Memorabilia dealer and filmmaker Keya Morgan is sitting in a Phoenix jail tonight. He was arrested yesterday in Phoenix after making a deal to turn himself in to Los Angeles police for a warrant on elder abuse and fraud in the case of late Marvel creator Stan Lee.

Morgan’s lawyer, Antonio Castillo, tells me the charges are nonsense, and that Morgan will be exonerated. “We have the accounting,” he says referring to claim that Morgan somehow took almost $300,000 from Lee, his long time friend, in 2018 before the Marvel legend died.

Castillo tells me that Morgan’s arrest was designed to get publicity. “We had an agreement with the LAPD for a timely surrender in Los Angeles on Tuesday. Keya was visiting his mother in Arizona. The whole thing is crazy. They put his mother in handcuffs!”

I’ve been following the story of Morgan and Lee, as well as Stan Lee’s daughter, JC, for some time. Months before there were claims of “elder abuse,” Morgan– whom I’ve known for years as an LA “character”– told me what was going in Lee’s life, how his daughter, JC– who has lived off her parents, spent frivolous amounts of money, and treated her parents shabbily– was trying to wrest control of her father’s fortune.

Indeed, a close reading of reporter Gary Baum’s excellent original piece in The Hollywood Reporter describes all of that. Morgan is a minor player. JC Lee is the villain.  In the piece, an anecdote about JC Lee would suggest that she might be guilty of elder abuse: J.C. then roughly grabbed her mother by one arm, shoving her against a window. Joanie fell to the carpeted floor. Lee, seated in a nearby chair and looking stunned, told J.C. he was cutting her off: “I’m going to stick you in a little apartment and take away all your credit cards!” Herman recalls Lee shouting. “I’ve had it, you ungrateful bitch!” In “a rage,” J.C. took hold of Lee’s neck, slamming his head against the chair’s wooden backing. Joanie suffered a large bruise on her arm and burst blood vessels on her legs; Lee had a contusion on the rear of his skull. (J.C. has previously denied the incident.)

Nothing about Morgan’s friendship with Stan Lee suggests any violence. When he and I talked about Stan Lee’s situation in February 2018, he invited me to come meet Stan at his home. (As it was Oscar week, there was no time. I’m sorry I didn’t take him up on his offer.) Morgan claimed then he was trying to protect Lee from predators including JC. I’ll be curious to see how this plays out now. Not everything in this story is as it seems.