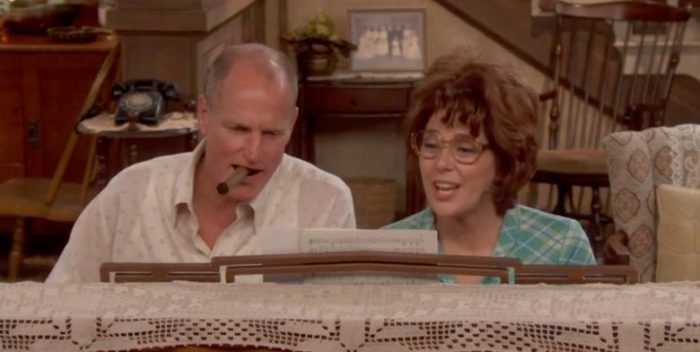 I haven’t seen the show yet, but I’ve seen Jennifer Hudson sing “The Jeffersons” theme song, and that alone should win awards. It’s some of the best singing she’s ever done. (That plus her impromptu duet with Tom Jones on “The Voice.”)

Jimmy Kimmel and Justin Theroux’s idea paid off like crazy. Also, a star studded cast didn’t hurt. You don’t often see Woody Harrelson and Marisa Tomei on TV, let alone Jamie Foxx. But they all started on TV, so it makes sense.

Now all the networks will be falling over themselves to do this. Some will work, some won’t. It will depend on the writing. But I’m sure Carl Reiner, the same age as Norman Lear– 96– will be pitching a “Dick van Dyke” hour to CBS this morning! How about a “Dvd”/”Get Smart” hour with Reiner and Mel Brooks?