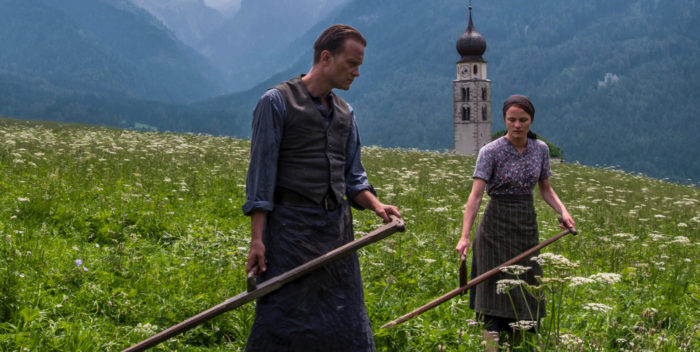 Fox Searchlight has rolled the dice on its first big purchase under the Disney umbrella.

For $13 million, they’ve bought Terrence Malick’s “A Hidden Life,” a World War II film without any stars, spoken partly in German and mostly without dialogue.

FS is hoping that “A Hidden Life” will be received the same way as “Tree of Life,” which was a critics’ delight from Cannes several years ago but made only $13 million in the US. Worldwide it took in $54 million in 2011.

I slept through “Tree of Life” twice. It was an utter bore despite Jessica Chastain’s great performance.

Malick, who was a genius in the 70s, followed it up with several more colossally sleep inducing films that made no money. On top of that, he refuses to appear in person at events or promote his films.

This one should prove an uphill battle. All the actors are German or European, they are unknown to anyone in America. Plus, it’s described as a meditation on faith. Ask Martin Scorsese how “Silence” went, and he had two stars, Andrew Garfield and Adam Driver.

Malick’s great movies were “Days of Heaven” and “Badlands” in the 1970s. After that, he became a cult figure for Pauline Kael-trained movie critics. At film festivals, his movies are celebrated. In theaters, they insufferable.

But who knows? Maybe August Diehl, the star, will become the Jean DuJardin of 2019 and “A Hidden Life” will surprise us. It’s funny: the still I’m using here reminds me of “Days of Heaven.”