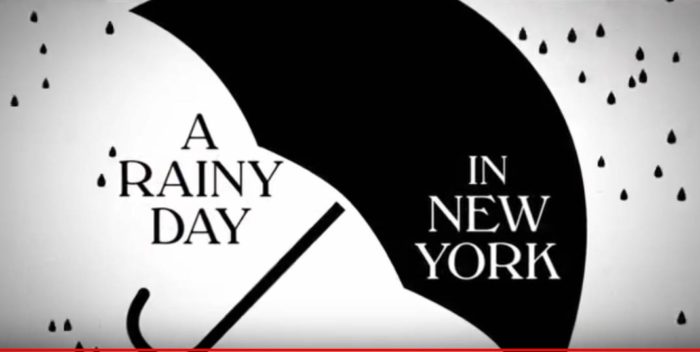 So Woody Allen and his team have gotten aggressive, at last. They’ve posted the trailer for “A Rainy Day in New York” themselves, even though Amazon won’t release it. Woody is suing Amazon for $68 million because they’ve reneged on their deal with him. But distributors in France (which I reported first) and Italy are releasing it this fall. Amazon should just put it out, or give it back to Woody.

The trailer looks very charming and funny. Elle Fanning and Timothee Chalamet star, with Liev Schreiber, Selena Gomez and Jude Law all in supporting roles. If the movie’s as good as the trailer, Woody’s got a hit.
And please– whoever releases it– put Woody’s name on the trailer, the ad, etc. He’s a cinematic genius, for goodness sake! Stop pretending he doesn’t exist. It’s gotten ridiculous.