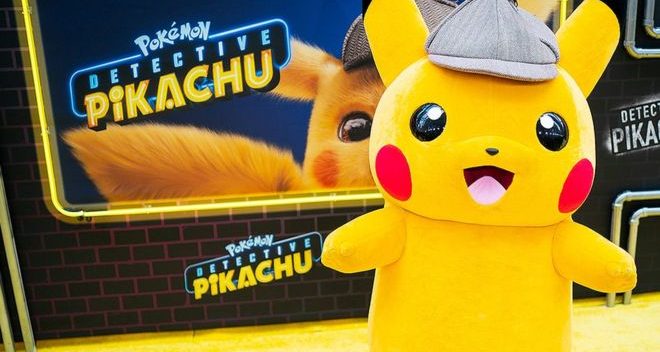 Last night, for the first time since it opened, “Avengers: Endgame” was not number 1 at the box office.

But it is a sweet irony for Ryan Reynolds, who also famously plays Marvel’s Deadpool character and must be grateful he’s not an Avenger himself. Deadpool/Reynolds’ whole shtick is making fun of Marvel and its other characters. So technically, Deadpool has triumphed over the Avengers for once.

The box office otherwise isn’t so great, especially for films led by women. “The Hustle,” which is said to unwatchable, is struggling with a $4 million open. A $10 million weekend is likely. The filmmakers should be aware that audience is only coming to see Anne Hathaway and Rebel Wilson despite the film’s scathing reviews.

And then there’s “Poms,” which is really dead on arrival. Why Diane Keaton made it is another story. But the senior citizen cheerleader movie made $1.5 million on Friday, it won’t hit $5 million total for the weekend. And this is doing nothing for STX Studios which continues to send garbage into the world. The exception is “The Upside,” which they bought out of bankruptcy but was based on Harvey Weinstein having made the movie for his own former company.

Also cooked like a goose is LionsGate’s “Long Shot” which has just $15 million banked and not much more coming. Charlize Theron and Seth Rogen’s romcom got nice reviews, but no marketing. I didn’t see this movie (no one asked me to) but maybe if it had been presented to the press as smart and sophisticated, it would have done better. Certainly Seth Rogen appearing stoned on “Colbert” and yakking about marijuana didn’t help. This wasn’t “Pineapple Express.”