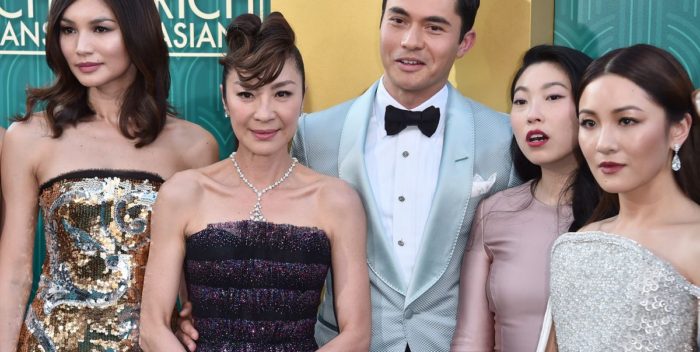 “Fresh off the Boat” actress Constance Wu must have been read the riot act yesterday by ABC and her agents. Wu was so upset that “Boat” was renewed for a sixth season, thus binding her to a sitcom while she is now a movie star (we’ll see), that she fired off Tweets dropping the F bomb twice.

Now, chastened by her employers, Wu has backtracked. First she Tweeted: “Todays tweets were on the heels of rough day&were ill timed w/the news of the show. Plz know, Im so grateful for FOTB renewal. I love the cast&crew. Im proud to be a part of it. For all the fans support, thank u & for all who support my casual use of the word fuck-thank u too”

Then she added: “That was not a rampage, it was just how I normally talk. I say fuck a lot. I love the word. Y’all are making a lot of assumptions about what I was saying. And no, it’s not what it’s about. No it’s not..what this is all about. Stop assuming.”

But now she’s added a whole statement this morning to dig herself out of this PR mess. I don’t think it will work. Those Tweets are going to follow her to the TCAs and all interviews for the new season.

These words are my truth. I hope you hear them pic.twitter.com/l6SvbFcUlj