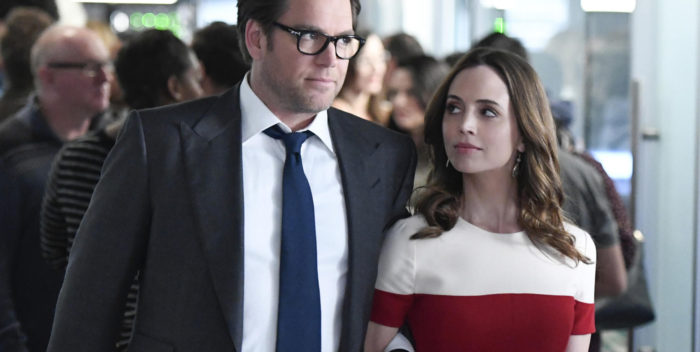 Here’s how TV works in Hollywood. If the ratings are good, it doesn’t matter if there have  been legal problems and a scandal.

To wit: CBS has renewed “Bull,” despite having to pay a $9 million settlement to actress Eliza Dushku. She complained of sexual harassment from star Michael Weatherly. But that didn’t matter because CBS needs “Bull” on the schedule.

The settlement did mean something to Steven Spielberg’s Amblin Entertainment, which executive produced the show. They dropped out yesterday, without comment. But Spielberg and wife Kate Capshaw have been vocal in the #MeToo movement, so obviously Amblin was not going to continue producing the show, even though they lose a lot of money.

Dushku went into arbitration and won $9.5 million, the amount she would have made had she become a regular. Lawyers for CBS tried to discredit her, but that didn’t work. Eventually, she met with Spielberg and told him what happened.

Amblin leaves now, but in all likelihood they will receive big fees going forward for work on the first 66 episodes of the series. When “Bull” is put out to stud for syndication next year– after 88 episodes– Amblin will still make a lot of money because they made the lion’s share. It will be interesting (and not unlikely) that Amblin will donate some of the money to #MeToo or other similar causes.

The bigger question here is why Weatherly, who cost the company a lot of money, hasn’t been exiled a la Roseanne or many other actors who faced scrutiny or criticism after their respective accusations. Weatherly seems to have gotten away scot-free compared to men like Dustin Hoffman, James Franco, and Geoffrey Rush.

CBS, meantime, knows how to cancel shows with nice people. They just axed the sitcom “Life in Pieces” with Dianne Wiest and James Brolin, and Colin Hanks. Great cast, but no one watched it for four seasons. It was like a stealth show.