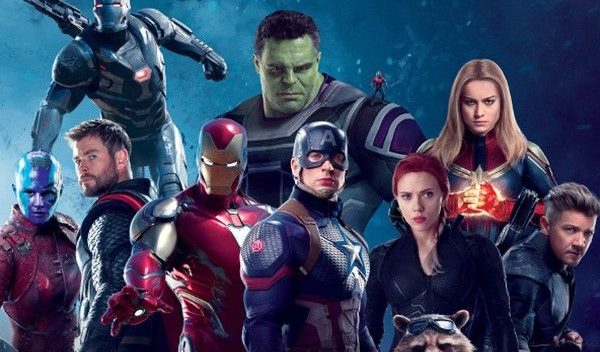 For fans of the Marvel comics movies, “Avengers: Endgame” is everything you hoped for and then some. At three hours’ length, there is little left out. Talk about a kitchen-sink-too movie. We see everyone, and meet people we didn’t know even existed. If you’re not satisfied by “Endgame,” I don’t know where else you could go.

I will try to tell you about this movie without giving SPOILERS. But you do know what happened at the end of the last Avengers movie, it was pretty bad, and kind of wiped out a lot of people we’d come to love.

In “Endgame,” the people who were left behind have to pick up the pieces. Robert Downey Jr is still with us as Iron Man, although his rein is coming to an end. Gwyneth Paltrow, as his wife, Pepper Potts, is studying composting. (Maybe she’ll start a Goop-type website.) The rest of the surviving gang is Scarlett Johansson, Don Cheadle, Mark Ruffalo, Josh Brolin, Chris Hemsworth, Chris Evans, Paul Rudd, Tessa Thompson, Karen Gillan, and Zoe Saldana. Bradley Cooper is snarky as ever as the voice of Rocket. That’s a lot of cast, and they comprise the first 90 minutes of “Endgame” as various plot points unfold.

They are all standout actors, and everyone has been accommodated by the writers with big moments. I must single out Chris Hemsworth as Thor, however. He’s been given a funny storyline, and he plays it to the hilt. Scarlett Johansson as Natasha shows that she should be driving movies on her own. (She delivered my favorite line: “Nothing surprises me. I get emails from a raccoon.”) Mark Ruffalo brings a new aspect of Hulk. And Josh Brolin as evil Thanos is really doing something great here.

The first half of “Endgame” is talky. There’s lots of exposition. Not to say that nothing happens– plenty does, do’t worry, but the Russo brothers don’t really step on the gas until the halfway mark and then really go for it in the last 45 minutes to an hour. There are surprising battles and explosions, and lots of character development and soul searching.

I wish I could tell you what happened to the Avengers from “Infinity.” I wish I could tell you who lives and dies. One Avenger gets a nice surprise elevation at the end– maybe we can talk about that on Monday. This is “Endgame” for some, but not for all. This isn’t even a spoiler. It’s just that you can see how Marvel will move into the future. Clearly, Brie Larson (Carol Danvers) and Tom Holland (Spider Man) figure in that equation.

And yes, Stan Lee makes his final cameo, posthumously, it’s lovely. Also I was intrigued by Alan Silvestri’s score. It has a very “Mission Impossible” feel to it, with some nice jazz and bongos.