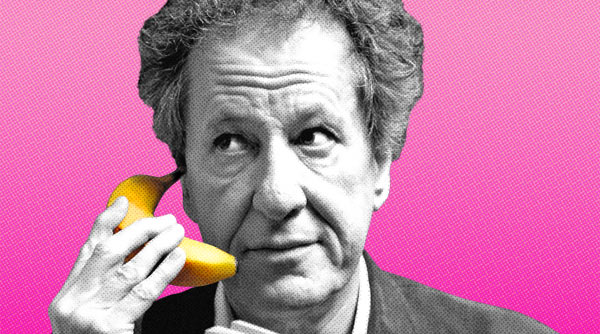 Geoffrey Rush, Oscar winner for the movie “Shine” and beloved actor all over the world, was slimed by Rupert Murdoch’s Australian newspaper, The Guardian.

Rush has won $850,000 from News Corp., Murdoch’s company, for articles in which he was described as “King Leer” for letting an actress call him “a pervert”, “a sexual predator” and “committed sexual assault in a theatre” during a production of King Lear in 2015-16.

The article in The Guardian was published at the end of 2017, when the #MeToo movement had broken wide and accusations of sexual misconduct were suddenly being aimed to every famous man in the world.

Justice Michael Wigney handed down his judgment after the Academy Award-winner sued The Daily Telegraph and its journalist Jonathon Moran over the claims.

Wigney said the actress, Eryn Jean Norvill, was “prone to exaggeration and embellishment,” and had been “contradicted” by the director, Neil Armfield, and cast members Robyn Nevin and Helen Buday.
Wigney awarded Rush aggravated damages because of the Telegraph’s poor journalistic conduct, calling it “a recklessly irresponsible piece of sensationalist journalism of the worst kind.”

In a Murdoch newspaper? Unbelievable!

Rush will get more in damages, too, from News Corp for lost wages and damage to his career. Rush had sued the paper and the writer of the article– I won’t call him a journalist– Jonathon Moran. Wigney ruled News Corp’s Nationwide News, the publisher of the Daily Telegraph, “did not make out their truth defense” in fighting the suit. The judge said the actress and a fellow actor had been dragged into the story by Moran, and nothing they said could be corroborated.

I’ve known Geoffrey Rush for more than 20 years. The whole thing seemed like a hoax and fake news. Many congrats to him. Let’s hope we see him back in the US in movies and plays as soon as possible!

What a nice for Murdoch to start his new company!