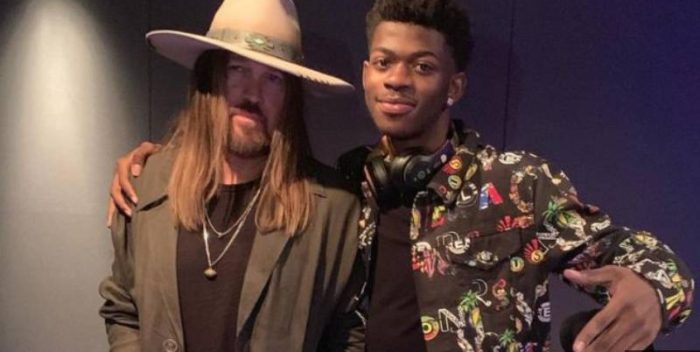 The remix of “Old Town Road” with Lil Nas X and Billy Ray Cyrus, has hit number 1 on the Billboard Top 100 singles charts. But that’s a combined chart of all genres.

Billboard, which calls itself the “bible” of the music biz, refuses to put “Old Town Road” on the country chart. So it’s not there at all.

Meantime, iTunes lists the song at number 1 on its country and pop charts. iTunes is far more important at this point, so the Billboard exclusion is just a sad reflection of their status as out of it. And maybe, racist. Because why else keep a hip hop artist off the country charts?

It’s not a good look for Billboard, which is far from its roots. Its late great editor, Timothy White, must be rolling in his grave.

But now Lil Nas X– I like this guy– is stirring things up again. He says on Twitter he’s making music with Ryan Tedder and OneRepublic. He’s just going to cross all genres and make everyone crazy. We need this!