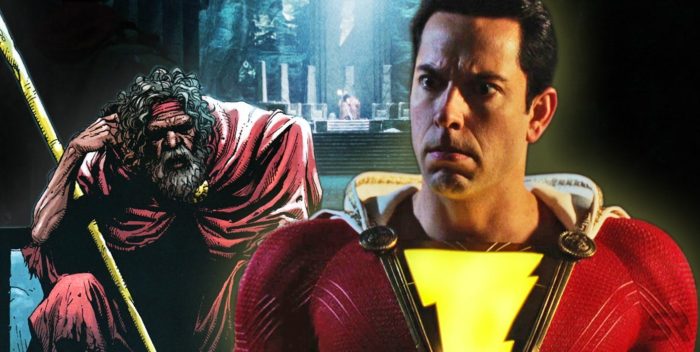 Well, no one’s thinking about that today as “Shazam!” the movie about a goofy super hero is number 1 at the box office. Zachary Levi is suddenly a movie star and David F. Sandberg is the most wanted director in comic book land.

For Warner Bros. and DC Comics, “Shazam!” is a god-send after so many beleaguered movies on their resume. “Shazam!” has made $56 million in its first weekend (including some early previews). With a $100 million price tag, that means they’ve got a home run.

Sandberg had two previous Warners/New Line movies, each horror films that did fine. Credit Toby Emmerich for believing in him. Levi was “Chuck” on TV, went to Broadway for very good notices in “She Loves Me,” and is currently on “Marvelous Mrs. Maisel,” the bit hit on Amazon. Shazam has been around since the 1930s, so “Mrs. Maisel” could work in a Shazam joke for Levi’s character. (“Gomer Pyle” started in 1962 so “MMM” may not be there yet.)

Shazam has an interesting history in the comic books. He used to be called Captain Marvel, until a lawsuit between DC Comics and Fawcett Books put an end to him because Shazam was too close to Superman. Then Marvel Comics started publishing their own Captain Marvel. It gets complicated after that, but Captain Marvel eventually fell under Marvel Comics.

Now Warner-DC will be able to do at least two more movies, and re-milk the whole thing for a decade. As Gomer Pyle would say: