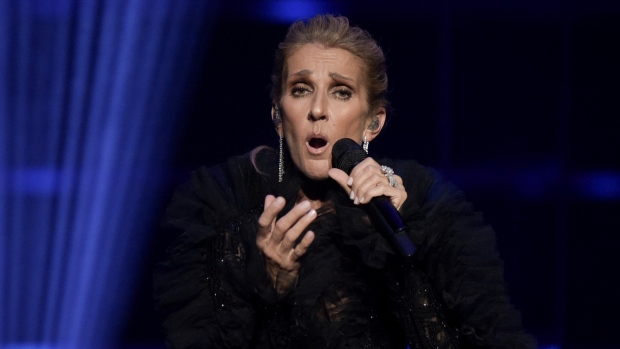 Celine Dion just announced her new “Courage World Tour,”  which will begin on Sept 18th in Quebec City,  at an event at the Theatre at the Ace Hotel for press and fans.

Clever and quippy, Celine first showed a cheeky video of her ending her longtime Vegas residency, with the requisite Elvis impersonator and drag queens leaving Vegas.  She beautifully performed her hits “I’m Alive,”  “Ashes” and “My Heart Will Go On,” followed by a live streamed Facebook Q and A, then questions from the crowd.

The tour will include 50 cities in the US and Canada and is produced by Concerts West/AEG Presents.  Celine said that her new album set to be released in November, has 48 songs that “I love dearly, but I need to pick only about 12.  I have 4 albums of music right now.”  She also said she’s listening to Sia, who wrote a song for her new album. Celine noted that she also loves LP (Laura Pergolizzi) and wants her to write a song for her, “since I don’t write my own music.”

Celine, who just turned 51 on March 30th, was treated to an impromptu rendition of “Happy Birthday” from the crowd which visibly moved her.  Celine explained that her main focus is always that, “I never want to disappoint my audience.” Even with this mini concert, she was truly mesmerizing.

For tickets and information visit celinedion.com.