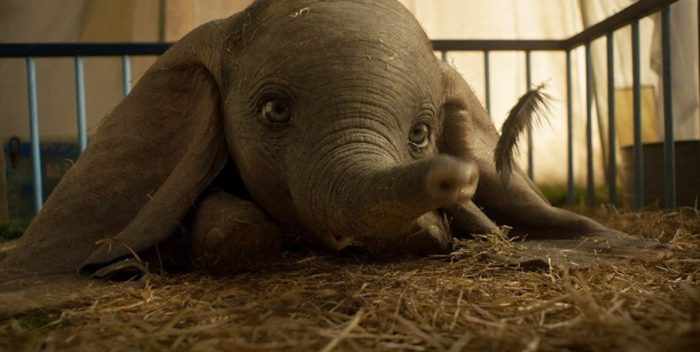 EARLIER: It was only a few months ago that Disney crash landed “Nutcracker and the Four Realms” at the box office. A monumental failure, “Nutcracker” was a live action film that took in just $54 million in the US, $173 million worldwide.

Now “Dumbo,” the live action version of the famed animated film, is a dismal disappointment at the box office. It made just $15 million on Friday including $2 mil Thurs previews.

“Aladdin” comes next on May 24, with some very bad buzz and poor reaction to its trailers and posters.

But this is Disney, number 1 in the market. But it’s number 1 thanks to Marvel, Pixar, and LucasFilms. And Disney animation. But when it comes to making movies with people, for some reason Disney stumbles. This was certainly demonstrated with “Mary Poppins Returns,” which was not the blockbuster everyone hoped for.

Disney has closed its deal to buy 20th Century Fox now, so maybe those films and filmmakers will cure the problem. Certainly Fox Searchlight will provide them with indie hits. But Disney immediately shut down Fox 2000, which would have filled the void they have in big studio comedies and dramas.

Coming next after “Aladdin” is the live action “Lion King.” But that’s already caused consternation as it seems to be a frame by frame retelling of the animated film and not a whole new take. We’ll cross our paws and hope for the best!