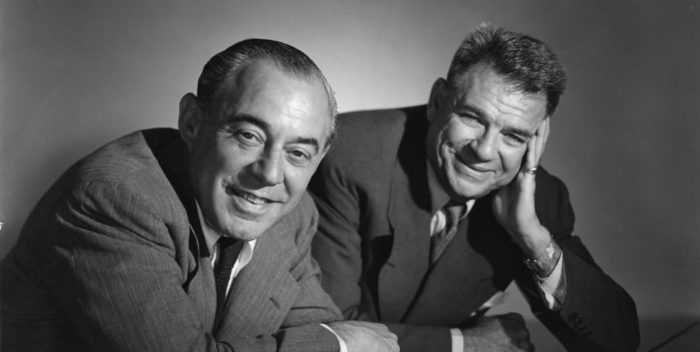 Richard Rodgers and Oscar Hammerstein’s final musical was “The Sound of Music.” It debuted on Broadway in 1959 and has been a classic staple of world culture ever since.

But could Rodgers and Hammerstein imagine that one of the songs from that show would earn them $2 million and counting already in 2019?

That would be “My Favorite Things,” a song that has been covered over and over since 1959, most especially by jazz legend John Coltrane.

Back on January 18th, Ariana Grande released her single, “7 Rings.” The intro and spine of the song are lifted from “My Favorite Things.” The famed R&H melody is what makes the song. I’m sure Grande didn’t stop to ponder the consequences of sampling from such a famous composing duo. I’ll bet she gets it now.

According to Ben Sisario in the New  York Times, the R&H just recently negotiated a deal with Grande that reminded me of when Puff Daddy took Sting’s “Every Breath You Take” for his only really big hit. Sting got the lion’s share of the royalties. (Luckily Daddy became Diddy and made a fortune with Ciroc vodka.) The R&B estate got 90% of the royalties.

Since that first week, and for the last eight, “7 Rings” has gone through the roof. The song has made over $2 million in royalties from streaming and downloads. Nearly all of that money has gone to Rodgers and Hammerstein. At its height, “7 Rings” made a half million dollars in one week. This past week, it earned $154K on 19 million streams. So far, according to Spotify, “7 Rings” has had 463 million streams. That comes to $1.7 million, not including downloads, physical sales, and other venues.

And that’s not all. “7 Rings” is still the number 1 song on the hitsdailydouble Song Revenue chart, with weeks to go before it drops off. As Kandi Burruss told me recently when I asked about Ed Sheeran nicking her song, “I love it.”