Barbra Streisand said she what felt in her gut about Michael Jackson’s accusers. But then the Twitter world came crashing down on her, so she’s issued an apology and changed her tune. Originally she said the boys were thrilled be at Neverland, and Michael’s sexual needs were his sexual needs. She laid blame at the feet of the parents who let their kids go to Neverland. But that backfired, because that’s not what people want to hear now. So now, here’s the apology. She was better off staying out of it. 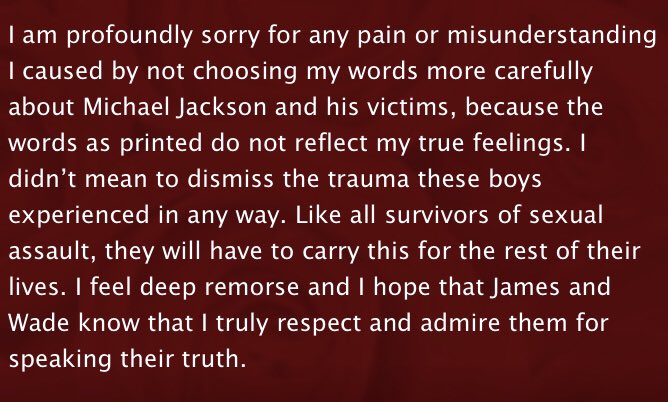