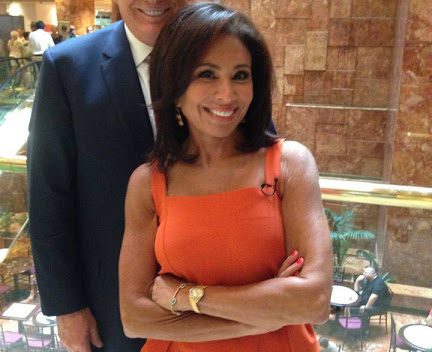 Jeanine Pirro will not be stirring the pot with her usual insanity this weekend.

Her Saturday night show has been bumped for a second week by Fox News. This is part of her unannounced suspension. It shows rare good judgement on the part of the fake news network.

Pirro is being punished for her anti-Islamist outbursts. Three weeks ago, she made inflammatory comments that Fox actually had to distance themselves from. Pirro is a promoter of hate, and this was one step too far.

Pirro will be replaced by an episode of “Scandalous,” a documentary about the William Kennedy Smith rape case. Last week’s episode didn’t have enough viewers to make the top 150 cable shows of the night. Pirro previously had 2 million fans at 9pm on Saturday, the week before.