I told you last winter that Roseanne Barr had book four dates in May to do her stand up comedy show. There were two in Indiana, and one in Pennsylvania and North Carolina each.

Since then, she’s added the Fox Theater in Detroit.

Only one problem: the tickets have not sold in any venue. Almost all the tickets are still available for May 2 in Raleigh, NC; May 4 at Penns Peak; May 16 in Ft. Wayne; and May 17 in Detroit. Plus there’s a fifth show May 17 in Elkhart, Indiana.

Alas, according to ticketcharge maps and the online box office for the Lerner Theater in Elkhart, 80% of the seats have gone unsold. There’s some balcony seats gone at each venue, but by and large, even crazy, conservative, right wing fans are uninterested.

And it’s not like it’s overpriced. You can see Roseanne for $35 bucks in most places, $25 if you don’t need to be right up front. 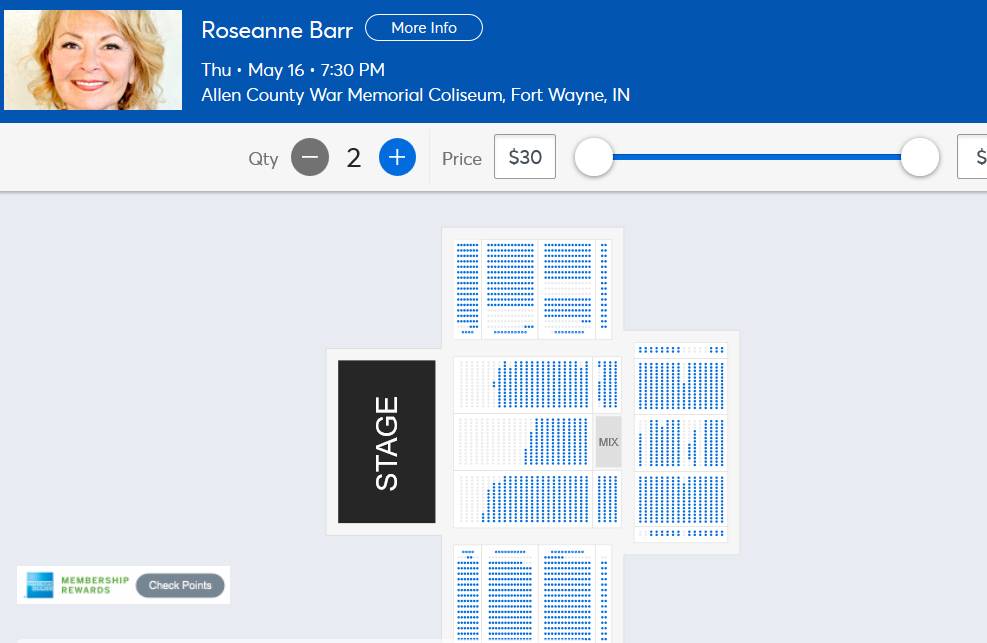