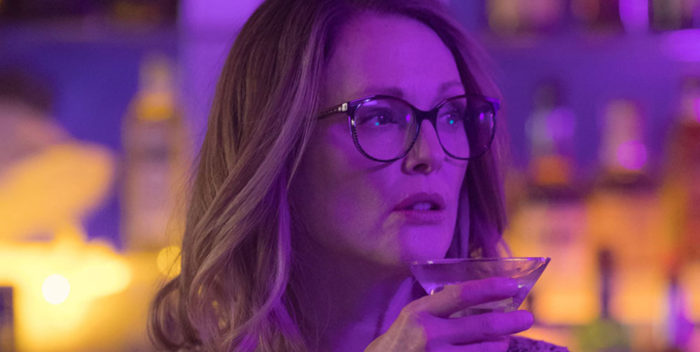 Weren’t the Oscars like a week ago? Didn’t Olivia Colman win Best Actress?

I haven’t seen it because distributor A24 only 1 screening opportunity this week. Oh well.

Other reviewers who did get to see it praised Moore and co-star John Turturro, as well as director Sebastián Lelio, who remade his own 2013 Chilean film for Americans.

Even Anthony Lane from the New Yorker, who dislikes everything regular people like, sent glowing notices:  “For the millionth time, the female of the species is let down by the male, and that’s that. The genius of Moore, though, is how plausibly, and how patiently, she fills the spaces of ordinary living.”

So one Best Actress spot seems to be taken, and it’s only March 8th. Maybe we should have a mid year Oscars in September for the early films of the year!