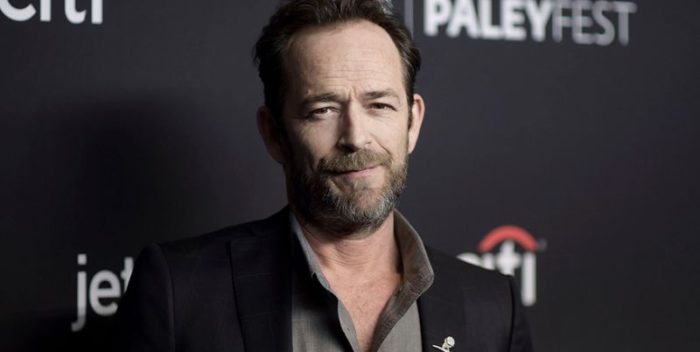 Luke Perry was the rare teen idol star to make the cover of the real (the Tina Brown version) of Vanity Fair. In 1992, he was hot as a pistol.

Now Perry is dead at the way too young age of 52, from a stroke. (Hard to believe, but Roy Orbison died 52, also.)

Perry played Dylan on “Beverly Hills, 90210,” a kind of wealthy James Dean, a rebel without any cause, but all the girls loved him. He gave some edge to the bland rich kids on the show. He was a little older, wiser, and had a motorcycle.

Perry leaves two young kids after one marriage from 1993-2003. If I remember correctly, he also had a pet pig back in the day. One of his sons, Jack, is 21 and also goes by “Jungle Boy” Nate Coy while wrestling for Underground Empire Wrestling. Luke’s real name was Coy Luther “Luke” Perry.

Oddly, Perry had his stroke last week on the same day a “Beverly Hills 90210” reboot was announced for this summer. He was not included, either by choice or negotiation. Being the rebel of the group, I hope he just thought it was a crass cash in.